For a healthy life, social bonds are as important as exercise, diet

Having a lot of healthy social relationships during adolescence and late adulthood could help you lead a healthy life, a new study suggests. 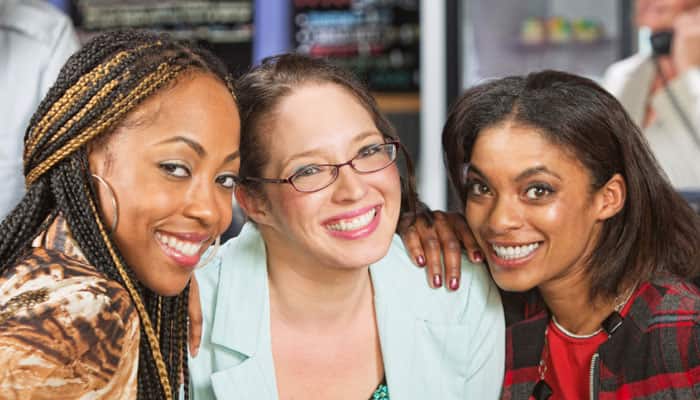 Washington: Having a lot of healthy social relationships during adolescence and late adulthood could help you lead a healthy life, a new study suggests.

The study is the first to definitively link social relationships with concrete measures of physical wellbeing such as abdominal obesity, inflammation, and high blood pressure, all of which can lead to long-term health problems, including heart disease, stroke and cancer.

"Based on these findings, it should be as important to encourage adolescents and young adults to build broad social relationships and social skills for interacting with others as it is to eat healthy and be physically active," said Kathleen Mullan Harris, Professor at University of North Carolina (UNC) in US.

Previous research shows that ageing adults live longer if they have more social connections. The study not only provides new insights into the biological mechanisms that prolong life but also shows how social relationships reduce health risk in each stage of life.

Specifically, the team found that the sheer size of a person's social network was important for health in early and late adulthood. In adolescence, social isolation increased risk of inflammation by the same amount as physical inactivity while social integration protected against abdominal obesity.

In old age, social isolation was actually more harmful to health than diabetes on developing and controlling hypertension. In middle adulthood, it wasn't the number of social connections that mattered, but what those connections provided in terms of social support or strain.

"The relationship between health and the degree to which people are integrated in large social networks is strongest at the beginning and at the end of life, and not so important in middle adulthood, when the quality, not the quantity, of social relationships matters," Harris said.

The researchers drew on data from four nationally representative surveys of the US population that covered the lifespan from adolescence to old age. They evaluated three dimensions of social relationships - social integration, social support and social strain.

They then studied how individual's social relationships were associated with four markers shown to be key markers for mortality risk - blood pressure, waist circumference, body mass index and circulating levels of C-reactive protein, which is a measure of systemic inflammation.

"We studied the interplay between social relationships, behavioural factors and physiological dysregulation that, over time, lead to chronic diseases of ageing - cancer being a prominent example," said Yang Claire Yang, a professor at UNC.

"Our analysis makes it clear that doctors, clinicians, and other health workers should redouble their efforts to help the public understand how important strong social bonds are throughout the course of all of our lives," Yang said. The study was published in the journal PNAS.

Thanks to bionic male organ, 43-year-old man to finally lose his virginity!

DNA: Earthquake in Turkey...it is necessary to be afraid

From Harry Styles to Beyonce, Here's the complete list of winners at the Grammys 2023