'We are grateful for so many votes': West Bengal BJP chief congratulates Mamata on bypoll win

After a defeat at the hands of TMC in the Bhabanipur bypolls, BJP state president Sukanta Majumdar said, "We are grateful to the people that they gave us so many votes even in the fearful environment."

In a video message, the BJP chief also levelled allegations against the TMC chief for using her leg injury for political gains. "I congratulate Mamata Banerjee for her victory in Bhabanipur. What she is saying that conspiracy was made against her is wrong. It is her bad habit to find conspiracy in everything. People know all about her injury in the leg and how she used that for political motives," said Majumdar.

"There is an environment of fear. We are grateful to the people that they gave us so many votes even in the fearful environment. This inspires BJP to continue its fight in Bengal," he added.

The outcome of three Assembly by-polls in WB aren't in line with our expectation but we accept it gracefully... Mamata Banerjee may have survived in Bhabanipur for now, but it has never happened that a losing candidate chose to thrust herself as the CM...: BJP West Bengal pic.twitter.com/eANyOL211Z — ANI (@ANI) October 3, 2021

Banerjee, who won the Bhabanipur by-polls with a record margin of over 58,000 votes, after her victory said, "Since the elections started in Bengal, central government hatched conspiracies to remove us (from power). I was hurt in my feet so that I do not contest the polls. I am grateful to the public for voting for us and to ECI for conducting polls within six months."

Bhabanipur gave its verdict for Banerjee as she won a resounding victory in the Assembly by-poll by a record margin of over 58,000 votes against her nearest rival Priyanka Tibrewal of the Bharatiya Janata Party (BJP) thus making Banerjee a member of the state Legislative Assembly and will allow her to continue as Chief Minister of the West Bengal.According to the Election Commission of India, Mamata Banerjee secured 85,263 votes which are around 71.90 per cent of the total votes connected in the bye-elections.

Banerjee`s main competition, BJP candidate Priyanka Tibrewal got 26,428 votes and CPI (M) candidate Srijib Biswas secured 4,226 votes. The win was crucial for Banerjee, as she has to secure a legislative assembly seat by the first week of November and continue as the Chief Minister of West Bengal. 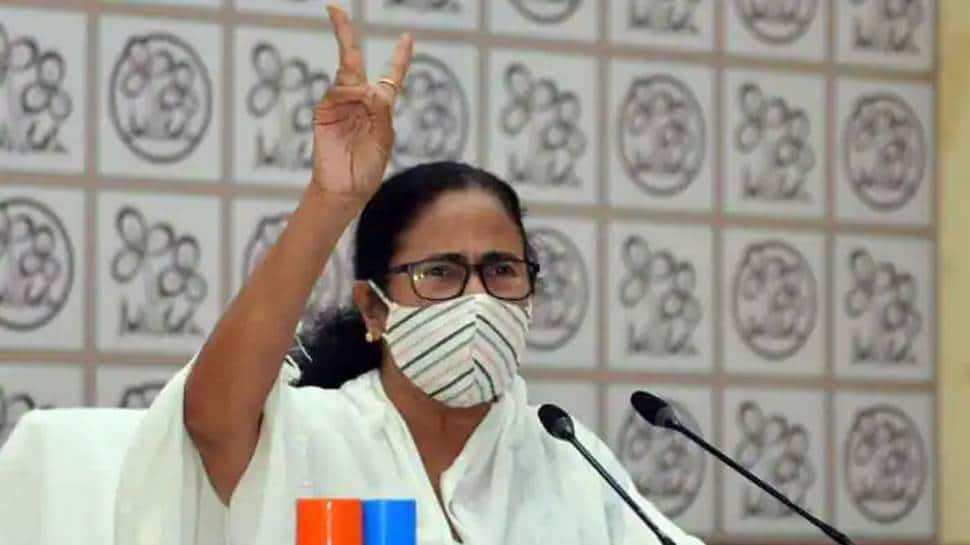 Notably, Mamata Banerjee was defeated by BJP leader Suvendu Adhikari in the Nandigram constituency in the Assembly elections held earlier this year.

Following this, the Bhabanipur Assembly seat was vacated by the West Bengal Agriculture Minister Sobhandeb Chattopadhyay in May, making way for West Bengal Chief Minister Mamata Banerjee to contest from Bhabanipur seat as a move to continue to hold her post.

BJP fielded 41-year-old Priyanka Tibrewal against the TMC chief.A lawyer by profession, Tibrewal is the vice-president of the West Bengal unit of BJP Yuva Morcha. She is also the petitioner in the Calcutta High Court against the post-poll violence in the state. Notably, the High Court has ordered a CBI probe in violence in West Bengal after the Assembly elections.

The bypolls for the Bhabanipur Assembly constituency took place on September 30.

Trinamool Congress had registered a landslide victory in assembly polls winning 213 of 294 seats in the West Bengal assembly. The BJP won 77 seats.