The last time Roger Federer was this far down in the ranking was in February 2000, when he was 18 years in age.

Swiss tennis player and former world Number one Roger Federer is now ranked 68th in the world in the ATP Rankings after missing multiple tournaments due to injury, his worst ranking in over 22 years.

The last time the Swiss maestro was this far down in the ranking was in February 2000, when he was 18 years in age. He was ranked number 67 back then.

He currently sits at 68 with 850 points. At the top is Daniil Medvedev of Russia. At number two is Germany's Alexander Zverev, while Serbian Novak Djokovic is on 3rd spot. Also, Rafael Nadal remains at the 4th spot. Interestingly, for the first time in 19 years, none of the 'Big Three' - Djokovic, Rafael Nadal and Roger Federer - occupy the first two spots. 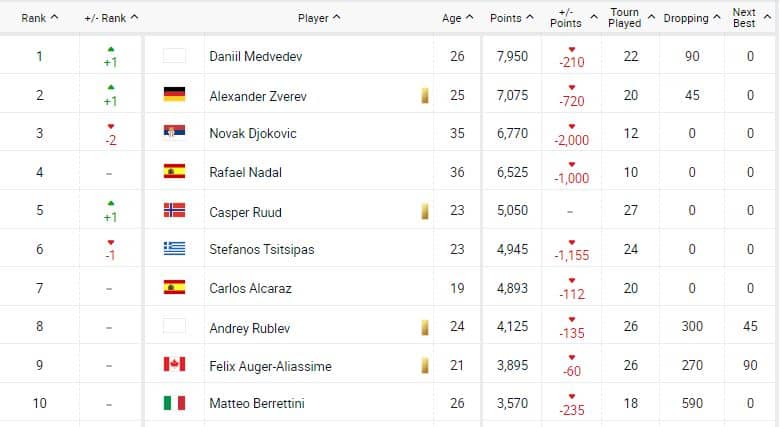 Notably, 103-time tour-level titlist most recently competed at Wimbledon 2021. In August, Federer had announced on Instagram that he will miss "many months" after undergoing knee surgery.

The Swiss star underwent arthroscopic right knee surgeries in February 2020 and May 2020. Federer has played five tournaments since having those surgeries, all of which came in the 2021 season.