Carlos Alcaraz is the youngest man to achieve this feat since his outstanding compatriot Rafael Nadal first rose into the top five in 2005 while still 18.

The nineteen-year-old Carlos Alcaraz on Monday created history when he climbed to the No. 5 spot in the ATP Rankings, becoming the second-youngest player in the 21st century to reach the top five. Spaniard is the youngest man to achieve this feat since his outstanding compatriot Rafael Nadal first rose into the top five in 2005 while still 18.

Alcaraz had a chance to break into World No. 4 but had to settle for No. 5 after losing in the Hamburg European Open final against Lorenzo Musetti.

While Daniil Medvedev remained the world number one, 2022 Wimbledon champion Novak Djokovic settled on the seventh position after the grass-court Grand Slam tournament was stripped of ranking points for banning Russian and Belarusian players. 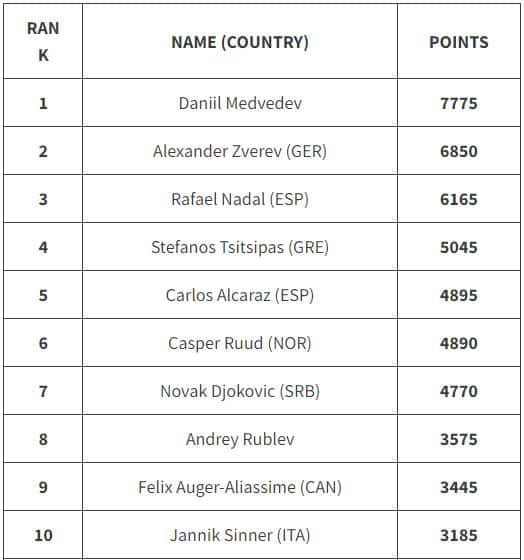 "It means a lot. The hard work that I put in every day for reaching my dreams, [No.] 1, and little by little I'm reaching my dream. Top five for me is pretty amazing and I will keep going to be [No.] 1," ATP.com quoted Alcaraz as saying. The Spanish sensation will attempt to win a title as the top seed at the Plava Laguna Croatia Open Umag.

"Of course, Umag is a special tournament for me. I got my first title there, so I'm defending the title this year. But I'm going to try to play my best and of course, take lessons from here," Alcaraz said.