Here is the full tariff list of Bharti Airtel 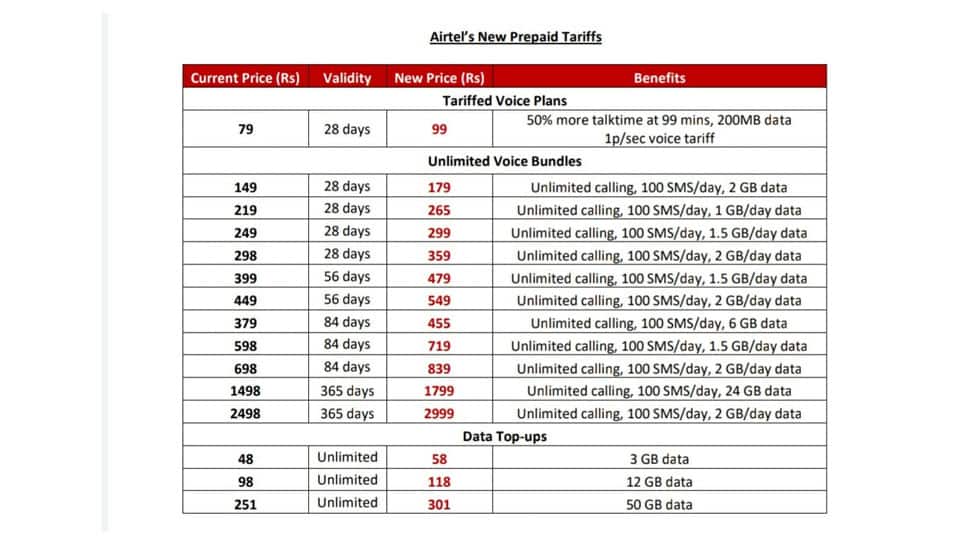 The Basic Vodafone Idea prepaid plan now starts from Rs 99, just like Airtel. With a validity of 28 days, the plan offers 99 worth talk time, 200 MB data plus 1 paise per second voice tariff.

Here is the full tariff list of Vodafone Idea 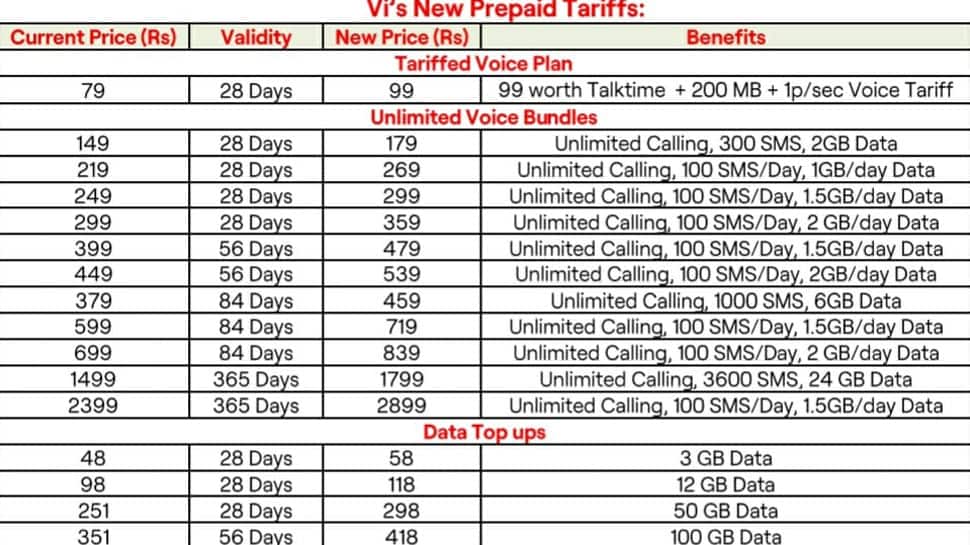 After Bharti Airtel and Vodafone Idea, telecom major Reliance Jio said it would raise tariffs for its prepaid users by around 20 per cent. The revised tariffs will come into effect from December 1, the telecom major said. The announcement by Reliance Jio comes few days after Vodafone Idea and Bharti Airtel announced a hike in their respective prepaid tariffs. Jio's new unlimited plans will go-live on 1st December 2021 and can be opted from all existing touchpoints and channels.

The subscriber base of Airtel stood at 35.44 crore in September as against 35.41 crore users in August. The net additions for the telco came in at 2.74 lakh users, the monthly subscriber data compiled by the Telecom Regulatory Authority of India (TRAI) showed.

Troubled Vodafone Idea lost 10.77 lakh subscribers during the month under review and its subscriber base shrank to 26.99 crore as on September 2021.