Filmmaker Aanand L Rai's latest release 'Atrangi Re' was the centre of attention recently, and seems like actor Vicky Kaushal has also loved it!

New Delhi: Filmmaker Aanand L Rai's latest release 'Atrangi Re' was the centre of attention recently, and seems like actor Vicky Kaushal has also loved it! 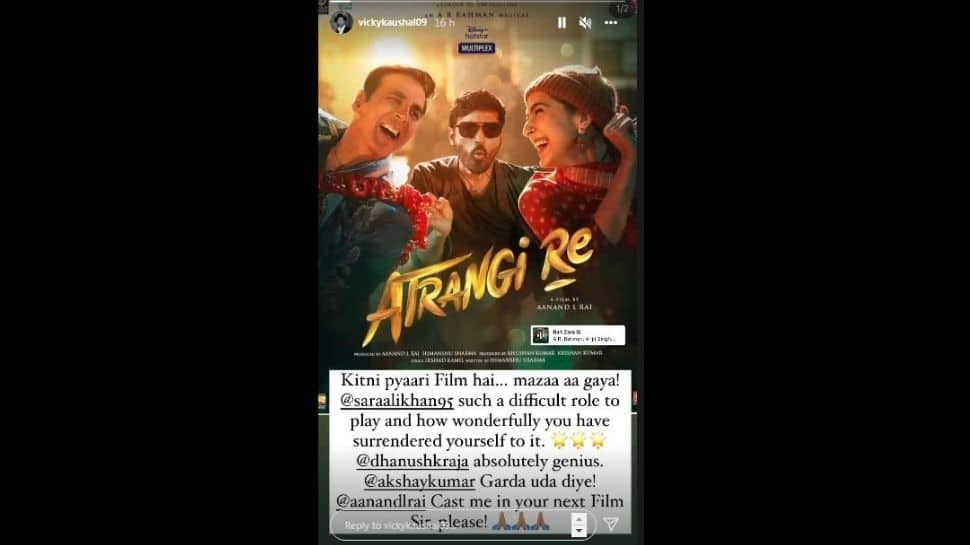 Rai's 'Atrangi Re' has gained critical acclaim since it was released on December 24, 2021, on Disney+ Hotstar. Several members of the film fraternity also heaped praises on the director as well as the maverick performances delivered by the lead cast -- Sara Ali Khan, Dhanush and Akshay Kumar.

Mightily impressed with the film, actor Vicky Kaushal, who is currently busy shooting for his upcoming projects, also shared his thoughts about the romantic movie. 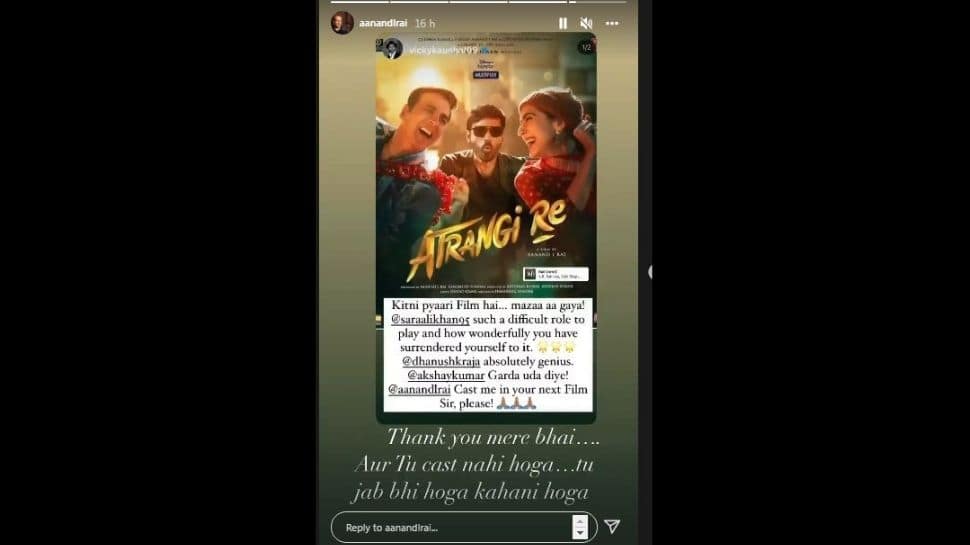 Taking to his Instagram Story, Vicky shared the poster of 'Atrangi Re' and wrote, "Kitni pyaari Film hai... mazaa aa gaya! @saraalikhan95 such a difficult role to play and how wonderfully you have surrendered yourself to it. He added, "@dhanushkraja absolutely genius. @akshaykumar Garda uda diye!"

In the end, he also appealed to the director to cast him in his next project.

"@aanandlrai Cast me in your next Film Sir, please!" Vicky wrote.

Not only this, but Sara Ali Khan also thanked Vicky and requested the director for casting her as his heroine, if that collaboration happens. 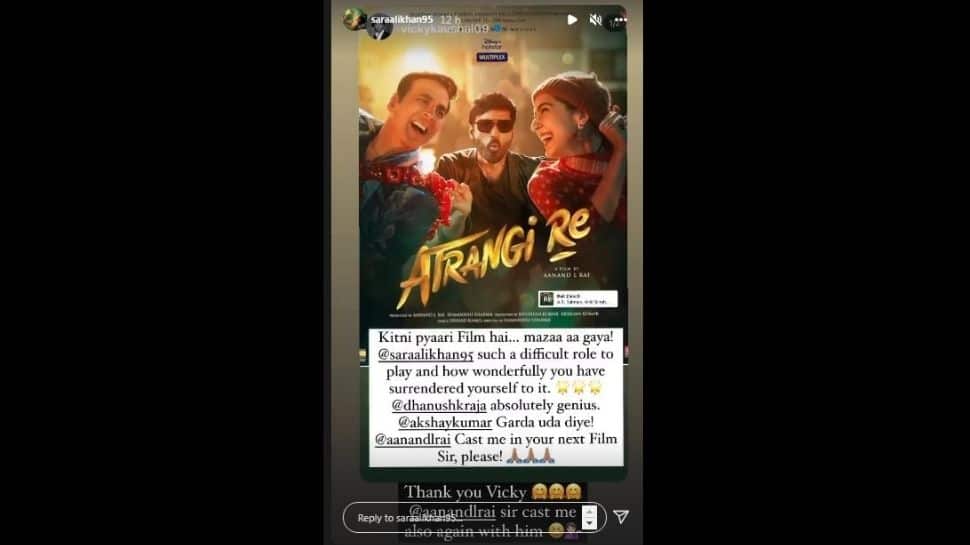 "Thank you Vicky @aanandlrai sir cast me also again with him," adding laughing emoticons to it.

For the uninformed, Vicky and Sara are already shooting together for 'Mimi' director Laxman Utekar's yet-to-be titled film. This will be the duo's first film together.