On Arjun Kapoor's Birthday, controversial celebrity Kamaal Rashid Khan took to his Twitter to share a picture of Malaika Arora and Arjun Kapoor, calling the latter a 'Tiger'. 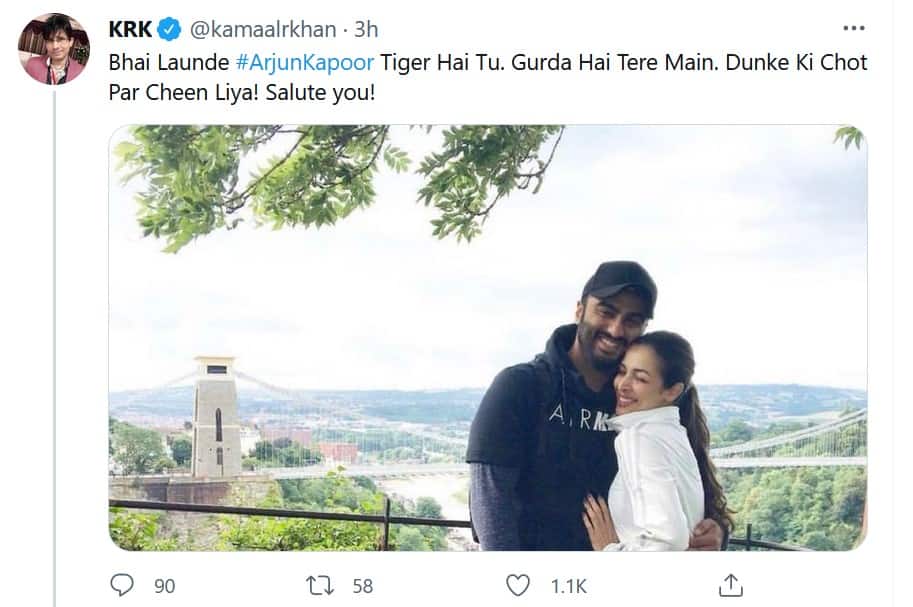 Later, he followed it up with a clarification asking people to not interpret the wrong meaning. He said, "Dear people, why do you always think wrong? Main Toh #EkVillain2 Ko #SidharthMalhotra Se Cheen Ne Ki Baat Kar Raha Hun! Nothing else!"

KRK has been in the limelight ever since Bollywood actor Salman Khan slapped a defamation notice on him. The complaint was filed in a Mumbai court against KRK but not over his latest movie 'Radhe: Your Most Wanted Bhai' review as alleged by KRK on Twitter.

On June 23, a court had temporarily restrained actor Kamaal R Khan from uploading any defamatory posts or videos on social media against Bollywood superstar Salman Khan and held that a person's reputation is "purest treasure and the most precious perfume of life".