Kajol and Ajay Devgn's daughter Nysa, along with other stars was spotted at Bhumi Pednekar's big Diwali bash in Mumbai.

New Delhi: After Ramesh Taurani, Ayushmann Khurrana, Kriti Sanon, Taapsee Pannu and Manish Malhotra, actress Bhumi Pednekar also hosted a Diwali bash for her industry peeps a day back. Who's who of Bollywood was spotted at the event, looking their glam best. From Rakul Preet, and Jackky Bhagnani to Aryan Khan, Suhana Khan and Nysa Devgan - all were spotted at Bhumi's high and mighty Diwali party 2022.

Kajol and Ajay Devgn's daughter Nysa Devgan opted for a golden saree and was seen giggling with her pals in the car. Suhana Khan, who made her saree debut at Manish Malhotra's Diwali bash a day before, was once again seen in a golden saree and looked graceful. Suhana was accompanied by her brother Aryan Khan, who wore white. 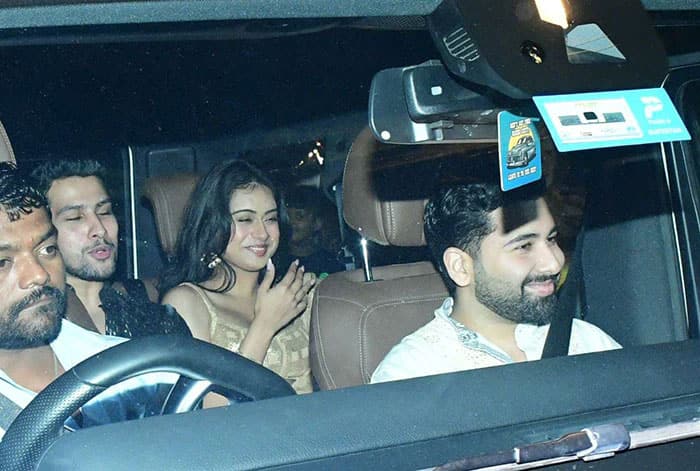 Besides these star kids, other guests included Rajkummar Rao and his wife Patralekhaa.

On the work front, Bhumi Pednekar has Govinda Naam Mera, co-starring Vicky Kaushal and Kiara Advani, The Lady Killer, with Arjun Kapoor and Bheed with Rajkummar Rao in her kitty. She will also star in Meri Patni Ka Remake with Arjun Kapoor, and Rakul Preet Singh.