New Delhi: Bollywood actor and dancer Nora Fatehi on Tuesday set the stage on fire as she performed at the FIFA fan festival in Doha. Nora grooved on several hit Bollywood tracks on the stage such as `Saki Saki` and `Manike` which were loved by all the fans and during her performance, the `Street Dancer 3D` actor waved the Indian flag and screamed "Jai Hind".

Taking to Instagram, several fan clubs shared Nora`s video from the grand fan event. However, a lot of fans were not quite impressed by the manner in which she waved the Indian flag. Taking to the comments section on fan pages, a user wrote, “Even she doesn't know how to wave the flag, she is waving from green to orange..So disgraceful.” Another user wrote, “She doesn't respect to Indian flag, SHe is insulting it.”

See how the trolls reacted 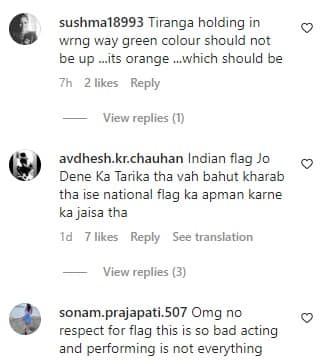 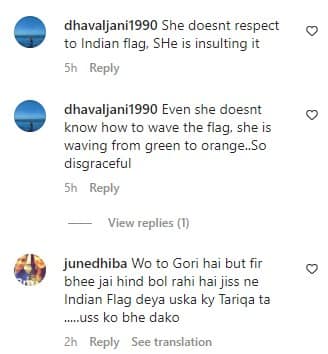 A lot of her fans also came out in her support saying that she is not Indian still she is waving the flag and also appreciated her dance. "She is thee besssttt," a fan commented. Another fan wrote, "Nora mam love your dance."

Meanwhile, Nora was recently seen in the song `Jedha Nasha` from Ayushmann Khurrana`s upcoming quirky thriller film `An Action Hero` which gathered massive responses from the audience. She will be next seen in an upcoming comedy film `100%` alongside John Abraham, Riteish Deshmukh and Shehnaaz Gill. Apart from that, she also appeared as a judge in popular dance reality show ‘Jhalak Dikhhla Jaa’ season 10. Other than that, she was also seen in 'Manike' song alongside Sidharth Malhotra in recent released 'Thank You'. The film starred Sidharth Malhotra and Ajay Devgn.