Mahima is best known for her roles in films `Pardes`, `Daag`, `Dhadkan`, `Dil Hai Tumhaara` and `Lajja` among others. Mahima Chaudhry plays Mrs Gandhi`s confidante Pupul Jayakar in the movie.

Actor-director Kangana Ranaut took to Instagram and dropped a picture of Mahima along with a caption. She wrote, "Happy birthday to this gorgeous girl @mahimachahudhry1...I wish lots of love and magic for you." Veteran actor Anupam Kher also "Happy Birthday Dearest," with a cute picture of them. 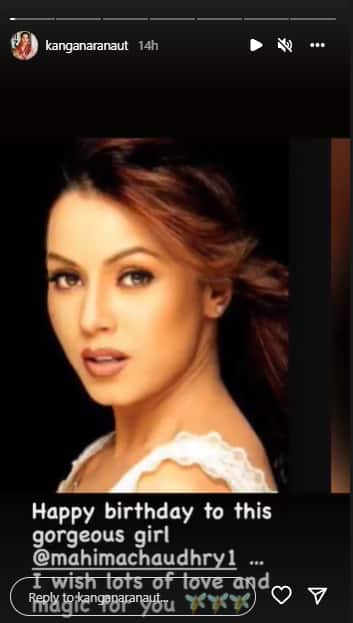 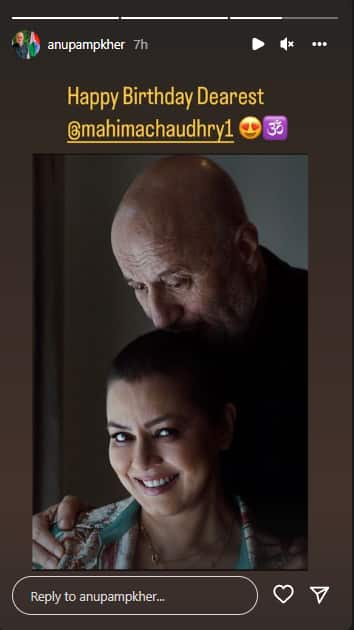 Mahima is best known for her roles in films `Pardes`, `Daag`, `Dhadkan`, `Dil Hai Tumhaara` and `Lajja` among others. Mahima Chaudhry plays Mrs Gandhi`s confidante Pupul Jayakar in the movie.`Emergency` marks Kangana`s first solo directorial film in which she will be also seen portraying the role of former Indian Prime minister Indira Gandhi.

Talking about Mahima`s role Kangana Ranaut said, "Pupul Jayakar was an author, a very close friend of Mrs Gandhi and has also written her autobiography. Mrs Gandhi confided in her about everything. If there is one thread that runs through the film and connects the audiences to the inner world of Mrs Gandhi, then it`s the character of Pupul Jayakar. Even though the film is a first-person account, it is not a film where somebody is the narrator. Mrs Gandhi`s interactions with Pupul are the most soulful. They shed light on how she confided her deepest darkest secrets to Pupul Jayakar. This makes her character an important person in the film called Emergency."

Mahima shared her experience of working with Kangana as a director and said, "Working with Kangana is an experience because she wears so many hats with such great ease. She is playing such an important political character, Mrs Indira Gandhi. She is directing it herself and producing it. I get a lot of strength looking at her and the way she functions. Pupul Jayakar was Mrs Indira Gandhi`s childhood friend so my scenes are the ones where you get to see the non-political side of this great statesman and controversial political leader during the time of Emergency. They are very open and honest with each other.You see a very different side of Mrs Gandhi. It`s very interesting to play this character and it`s been a wonderful experience working on this."

Apart from them, the film also casts Anupam Kher and Shreyas Talpade in prominent roles.The official release date of the film is still awaited.Mahima will be soon making her Bollywood comeback with the upcoming film `The Signature` alongside actor Anupam Kher.