For the unversed, Urvashi and Rishabh were linked once after the actress claimed that she was dating the cricketer. Pant had denied her statement and reportedly blocked her on social media.

NEW DELHI: The controversy between Bollywood actress Urvashi Rautela and Rishabh Pant refuses to die down. The 'Hate Story 4' actress recently claimed in an interview that a person she identified only as 'RP' once waited for her for hours in a hotel lobby to meet her. As per the actress, 'RP' dialled her almost 16-17 times while he waiting in the hotel, while she was asleep. After her fans began speculating if Urvashi was talking about Rishabh Pant, the cricketer took to Instagram and indirectly targeted the actress, only to delete the post soon after.

Visibly annoyed with her latest 'controversial' claims, Pant shared a note on Instagram writing, "It's funny how people lie in interviews just for some meagre popularity and for hitting the headlines. Sad how some people are so thirsty for fame and name. May God bless them "merapichachorhoBehen #Jhutkibhilimithotihai." He later deleted the post later. 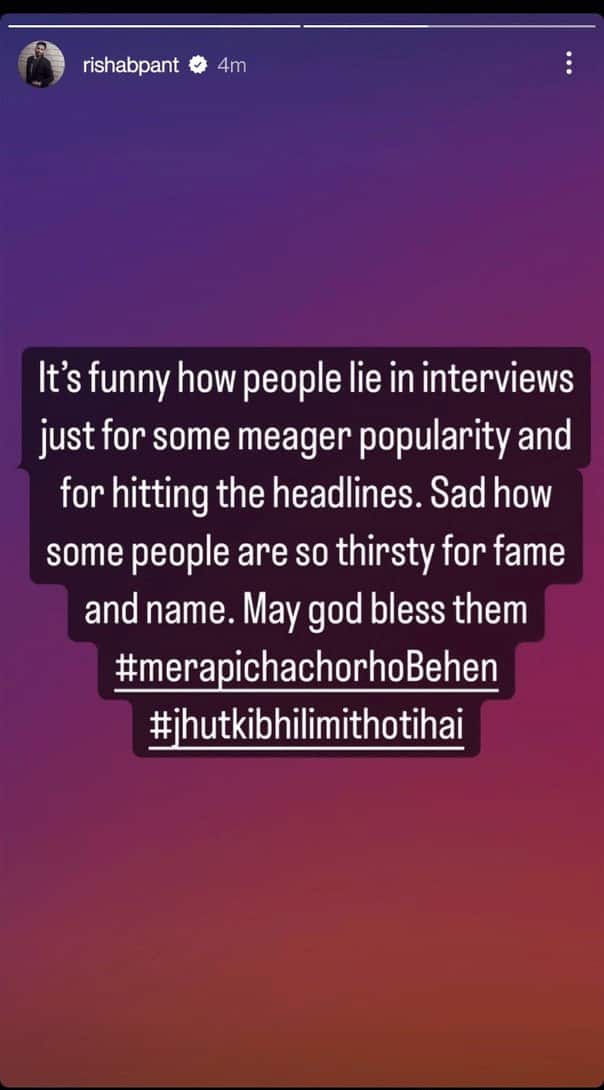 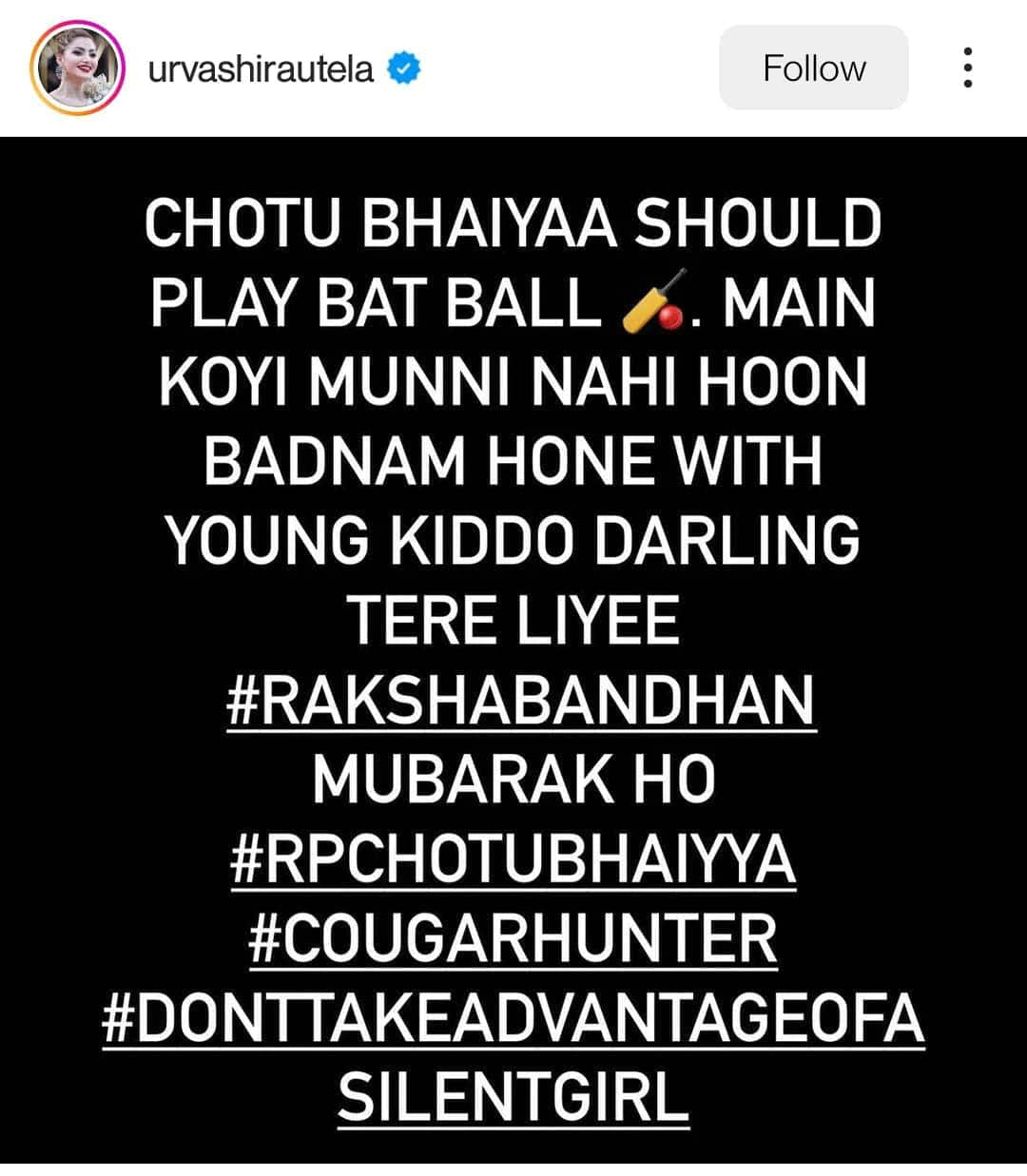 In an interview, Urvashi spoke about her Delhi shoot schedule and claimed how she unknowingly made 'RP' wait for her all night at a Delhi hotel. She said, "I was shooting in Varanasi, wahan se I had a show in New Delhi, toh meri wahaan se Delhi ki flight thi. In New Delhi, I was shooting a full day and after about 10 hours of shooting when I went back, I had to get ready and you know that girls take a lot of time to get ready. Mr. RP came, he sat in the lobby and waited for me, and he wanted to meet. Main itni tired thi, main so gayi and I didn’t realize that I had received so many calls."

She further narrated, "So, when I woke up, I saw 16-17 missed calls and then I felt so bad. That someone was waiting for me and I didn’t go. Out of respect, because a lot of girls don’t care about making someone wait, out of that show of respect, I told him that let’s meet when you'll come to Mumbai."

She added, "Mumbai aaye and mile, and bahar aate hi paps and all were there. It's very important to give respect to the other person but I feel like media kisi bhi cheez ko, joh develop hone waali ho, pura kharab kar deti hai."

For the unversed, Urvashi and Rishabh were linked once after the actress claimed that she was dating the cricketer. Pant had denied her statement and reportedly blocked her on social media.

Urvashi was recently seen in the Telugu actioner 'The Legend'. On the other hand, cricketer Rishabh Pant was on Thursday named as the brand ambassador of Uttarakhand by Chief Minister Pushkar Singh Dhami.