Australia tops the list with 1,003 gold medals, followed by England’s 773 in the second place with Canada in third with 510.

Led by the iconic PV Sindhu, Indian shuttlers owned the badminton arena by winning all three titles on offer on the day while paddler Sharath Kamal yet again reminded everyone of his class and awe-inspiring longevity with a coruscating show, as the country wrapped up its Commonwealth Games 2022 campaign with 61 medals to finish a creditable fourth. India’s tally now stands at 203, which is the fourth best in CWG history.

Australia tops the list with 1,003 gold medals, followed by England’s 773 in the second place with Canada in third with 510. South Africa with 137 and Scotland with 132 gold medals are the other two nations to breach the three-figure mark.

Countries with most gold medals in Commonwealth Games…

It was expected that Sindhu, Lakshya Sen and the formidable pair of Chirag Shetty and Satwiksairaj Rankireddy would end up on top of the podium but what provided the icing on the cake was the 40-year-old Sharat Kamal’s gold medal-winning show against an equally good opponent in Liam Pitchford.

That performance took India’s gold medal count to 22, which is four less than the 2018 edition, but this time the sport of shooting was missing from the roster. The shooters had contributed seven golds in Gold Coast’s 66-medal haul, and considering that, India certainly put up a good show. 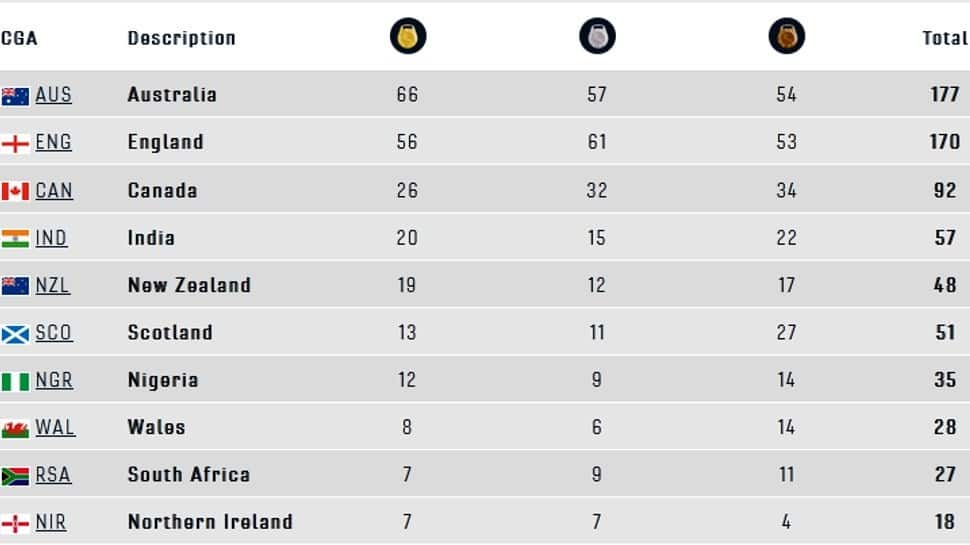 However, with the 0-7 hammering of the men’s hockey team by Australia, when at least a spirited fight was anticipated, the Games ended on a somewhat disappointing note. The manner in which India caved in took away the joy of the silver medal it managed.

Sharath outsmarted the 29-year-old nimble-footed Briton 11-13, 11-7, 11-2, 11-6, 11-8 to claim his second CWG singles gold after 16 years. He had won the singles title in the 2006 Melbourne Games. The superstar paddler will return from Birmingham with a rich haul of four medals, having won the men’s team and the mixed team gold, apart from his silver in the men’s doubles.