The Sun constantly ejects streams of particles into space in the solar wind. 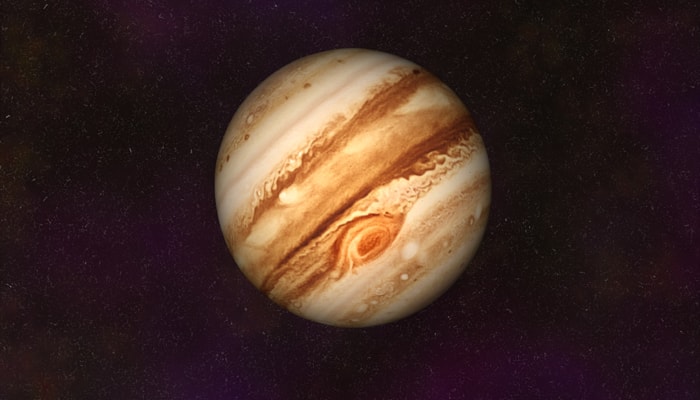 The research used NASA's Chandra X-Ray Observatory. The dramatic findings complement NASA's Juno mission this summer which aims to understand the relationship between the two biggest structures in the solar system, the region of space controlled by Jupiter's magnetic field (i.e. its magnetosphere) and that controlled by the solar wind.

Lead author William Dunn said, "There's a constant power struggle between the solar wind and Jupiter's magnetosphere. We want to understand this interaction and what effect it has on the planet. By studying how the aurora changes, we can discover more about the region of space controlled by Jupiter's magnetic field, and if or how this is influenced by the Sun."

Dunn added, "Understanding this relationship is important for the countless magnetic objects across the galaxy, including exoplanets, brown dwarfs and neutron stars."

The Sun constantly ejects streams of particles into space in the solar wind. When giant storms erupt, the winds become much stronger and compress Jupiter's magnetosphere, shifting its boundary with the solar wind two million kilometres through space. The study found that this interaction at the boundary triggers the high energy X-rays in Jupiter's Northern Lights, which cover an area bigger than the surface of the Earth.

The study is published in the Journal of Geophysical Research - Space Physics.