Patients suffering from COPD have difficulties breathing, mainly due to the airflow becoming obstructed, persistent production of phlegm and frequent chest infections. 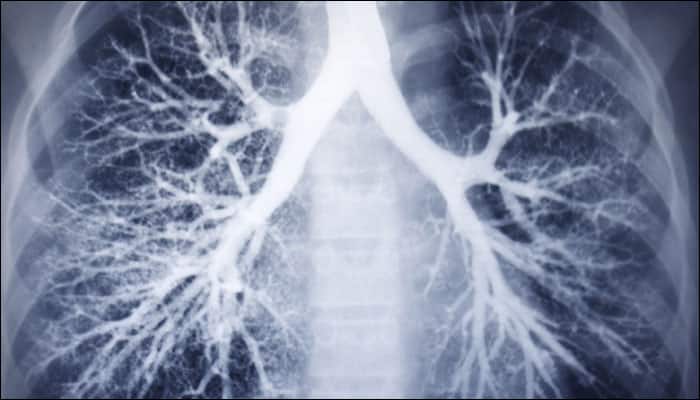 Washington D.C.: Recent research suggests a need for new drugs to treat Chronic Obstructive Pulmonary Disease (COPD) patients in these categories and a model that could be used to test new medications.

This new study backs up observations in COPD patients showing reduced effectiveness of symptom-reliever medication (ÃŸ2-adrenoceptor agonists) in flare-ups linked to cigarette smoking and infection with viruses such as influenza.

According to the study, the effectiveness of the commonly used COPD symptom-relievermedication salbutamol is reduced on exposure to cigarette smoke and influenza A infection in an animal model of the respiratory disease.

COPD is the collective name for lung diseases including emphysema, chronic bronchitis and chronic obstructive airways disease. Smoking is currently the main cause of COPD and the chances of developing COPD increases the longer an individual has been smoking.

Patients suffering from COPD have difficulties breathing, mainly due to the airflow becoming obstructed, persistent production of phlegm and frequent chest infections. Over time, the inflammation leads to permanent changes in the lung and walls of the airways thicken with more mucus being produced.

This inflammation is caused by inflammatory proteins, for example tumour necrosis factor-alpha and interleukin-1 beta, which are involved in systemic inflammation or chronic activation of the immune system.

One of the most common reliever drugs used to treat flare-ups of the common lung disease known as COPD is salbutamol, a ÃŸ2-adrenoceptor agonist. This drug, which is also used to treat asthma, works by dilating a patient's airway making it easier for them to breathe. The effectiveness of drugs such as salbutamol in cigarette smoke-induced lung diseases such as COPD is limited. To date, the mechanisms involved in loss of responsiveness to therapy remain poorly understood.

The researchers hope that their technique will help identify new targets that can be exploited therapeutically to help patients with COPD who do not respond to current therapy.

A commentary article accompanying this paper will shortly be published in Clinical Science to accompany this research.

The study has been published in Clinical Science.

Heart delivered from Bengaluru to Chennai in 55 minutes!

Turkey-Syria Earthquake: A Mother Gives Birth to a New Born Under the Debris

"Tough call between Kuldeep and Axar, only one will get to play", says Vice Captain KL Rahul