Honda Car India, the Japanese carmaker and one of the oldest foreign carmaker in India has unveiled its much anticipated Honda City Hybrid e:HEV mid-size sedan in India. The Honda City is the longest running production car in India, with first launch taking place in 1998. In the past, Honda launched hybrid sedans like Civic and Accord and will now enter the mid-size sedan segment where it has been ruling for the past 2 decades. Honda had recently revealed the teaser image of the upcoming 2022 City-Hybrid e:HEV for the Indian market. The teaser shows the rear end of the car flaunting the badges saying e:HEV and ZX logo. The video also reveals that the new City Hybrid comes with the standard non RS variants as well.

In the EV drive mode, the combustion engine is turned off and the car is completely powered by electric motors.

The hybrid system of the City works with a generator connected to the engine and a Lithium-ion battery. This system efficiently charges the battery and powers the wheels at the same time in the hybrid drive mode.

The Honda City Hybrid sedan will be launched in India by early May 2022.

The bookings for the Honda City hybrid will start today onwards i.e., 14 April 2022.

The cabin of the City e:HEV gets dual-tone interiors with ivory and black colour. It also offers a one-touch electric sunroof, LED interior room lamps and ambient lighting. The instrument cluster features a new design with an HD display showing all the information. The infotainment system gets an 8-inch touchscreen display with 8-speaker surround sound system and smartphone connectivity features like Apple CarPlay, and Android Auto.

The design details of the Honda City e:HEV include a new Honda emblem highlighted with blue colour upfront, further complemented by a new grille design and fog lights. The rear end gets a rear diffuser and a spoiler.

It also gets standard safety features like Vehicle Stability assist, Agile Handling Assist and Hill Start assist. It also gets disc brakes on all four wheels, an electric parking brake and an automatic brake hold. All of this is aided by the lane-keep camera. The safety is enhanced by 6-airbags.

The driving modes are switched autonomously in the background so that the driver can have a smooth driving experience.

The car is powered by a 1.5L Atkinson cycle DOHC i-VTEC engine and two E-CVT motors. It is equipped with engine linked clutch for easier driving modes.

City e:HEV is a two-motor hybrid electric system, developed to give better mileage and better response on acceleration. 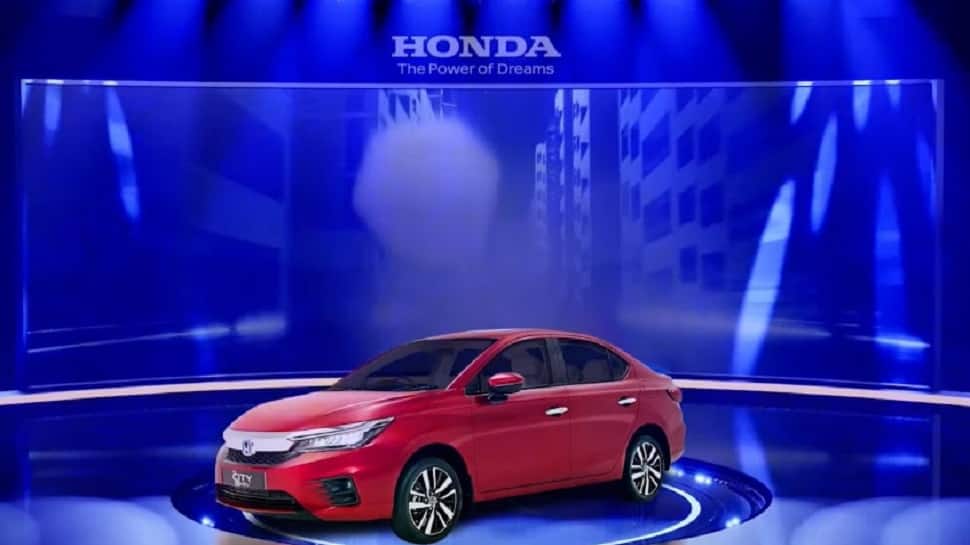 The Honda City e:HEV resonates with the goal of 'Make in India' as the car will be manufactured in India. This is a first for the car.

As per the leaked presentation of Honda, City Hybrid will have 1000+ km tank range. Considering Honda City gets a 40 litre tank, we are anticipating a 25kmpl mileage at least.

As per the leaked documents, the Honda City Hybrid is expected to get a bump of 40 percent in mileage over the regular ICE City. This means, it can have a mileage in North of 25 kmpl, ranging from 27-30 kmpl.

The Honda City Hybrid e:HEV is largely based on the 5th-gen City launched in India in mid-2020 and will get similar equipment and cabin design, apart from similar exteriors. 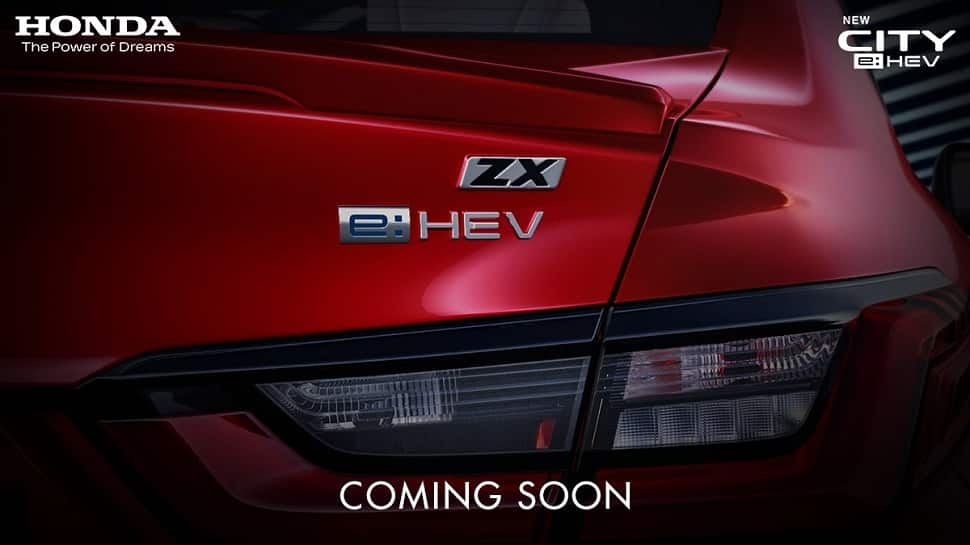 Are you ready to experience the best of both worlds?
Join the new era of supremacy. Learn more: https://t.co/v9onB9Zutl#HondaCityeHEV #SupremeElectricHybrid pic.twitter.com/73p5JvZhOV

Currently, India has only a handful Hybrid Vehicles. Here's the list, including soon to be launched Honda City Hybrid e:HEV -

The Honda City Hybrid will not have a direct competition in the market. However, in the mid-size sedan category, it goes against the Maruti Suzuki Ciaz, Hyundai Verna, Skoda Slavia and soon to be launched Volkswagen Virtus.

Recent spec-leak suggested that the Honda City Hybrid will be offered in 2 trims, namely V and ZX, with the Top-spec ZX trim getting Honda’s Sensing tech pack Advanced Driver Assistance System (ADAS), making it the first sedan to get an ADAS technology. 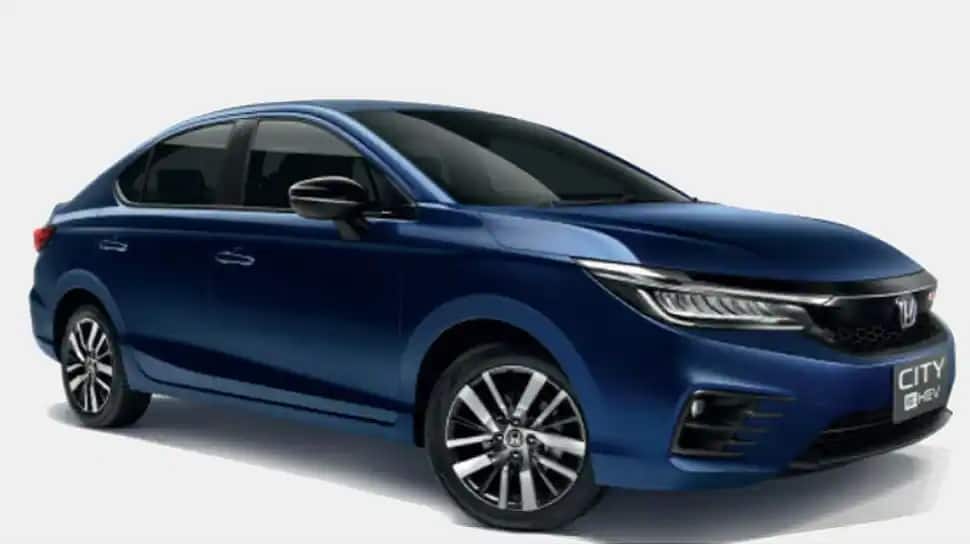 This is the third Hybrid vehicles from Honda Car India after the Honda Civic Hybrid and Honda Accord Hybrid. Currently only Toyota, along with Honda (both Japanese) offer hybrid vehicles in India.

Honda Car India is all set to unveil its much anticipated Honda City e:HEV Hybrid mid-size sedan in India.