Two active hybrid terrorists were apprehended with arms and ammunition, in the Sopore area of the Baramulla district of North Kashmir

New Delhi: The Jammu and Kashmir Police claimed to have apprehended two active hybrid terrorists, as well as arms and ammunition, in the Sopore area of the Baramulla district of North Kashmir on Wednesday. In an official handout police spokesman said that a joint team of police, Army’s 22 RR and CRPF’s 179 BN during a cordon and search operation arrested two active hybrid terrorists in Botingoo village of Sopore. He said that they recovered incriminating materials including 1 pistol, magazine, 08 pistol rounds and a grenade from their possession. 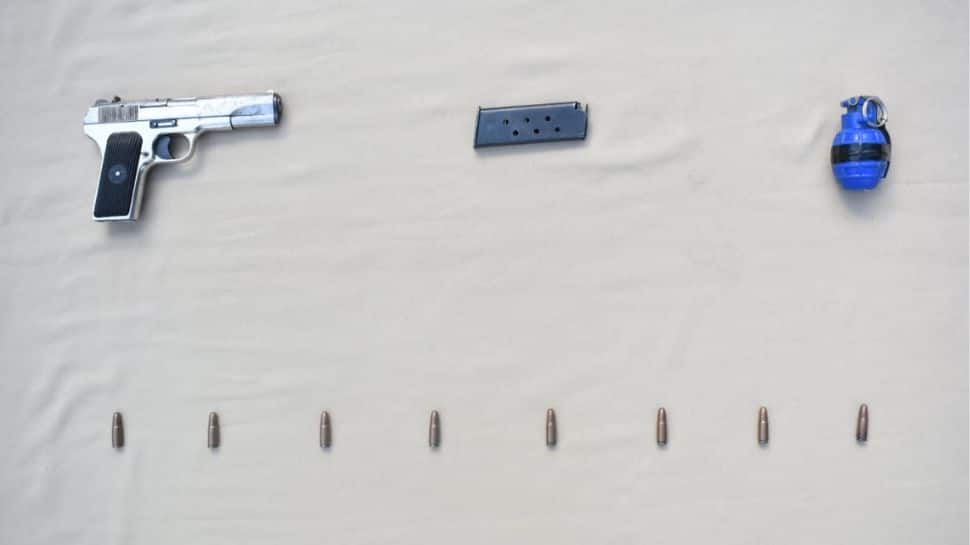 Police have identified them as Imtiyaz Ahmad Ganai and Waseem Ahmad Lone both residents of Botingoo village of sopore.

Jammu and Kashmir with other security forces have also managed now to arrest 74 active terrorists mostly hybrid terrorists this year since January and have also arrested 208 terrorist supporters this year in Kashmir.

Besides this year security force has managed to kill 151 terrorists also till now out of those who killed terrorists 38 were Pakistani, however, 20 security personnel and 21 civilians too have lost their lives.