The National President of the SDPI called the BJP government's decision to ban PFI a "blow on democracy".

New Delhi: The Social Democratic Party of India (SDPI) released a statement on the Central government's ban on the Popular Front of India which is accused of 'unlawful activities'. The National President of the SDPI called the BJP government's decision a "blow on democracy" and "rights of people enshrined in Constitution".

SDPI's official press release on the matter read: "Whoever spoke against the wrong and anti-people policies of the BJP regime have faced the arrests and raids from them. Freedom of speech, Protests and organisation have been ruthlessly suppressed by the regime against the basic principles of Indian Constitution." 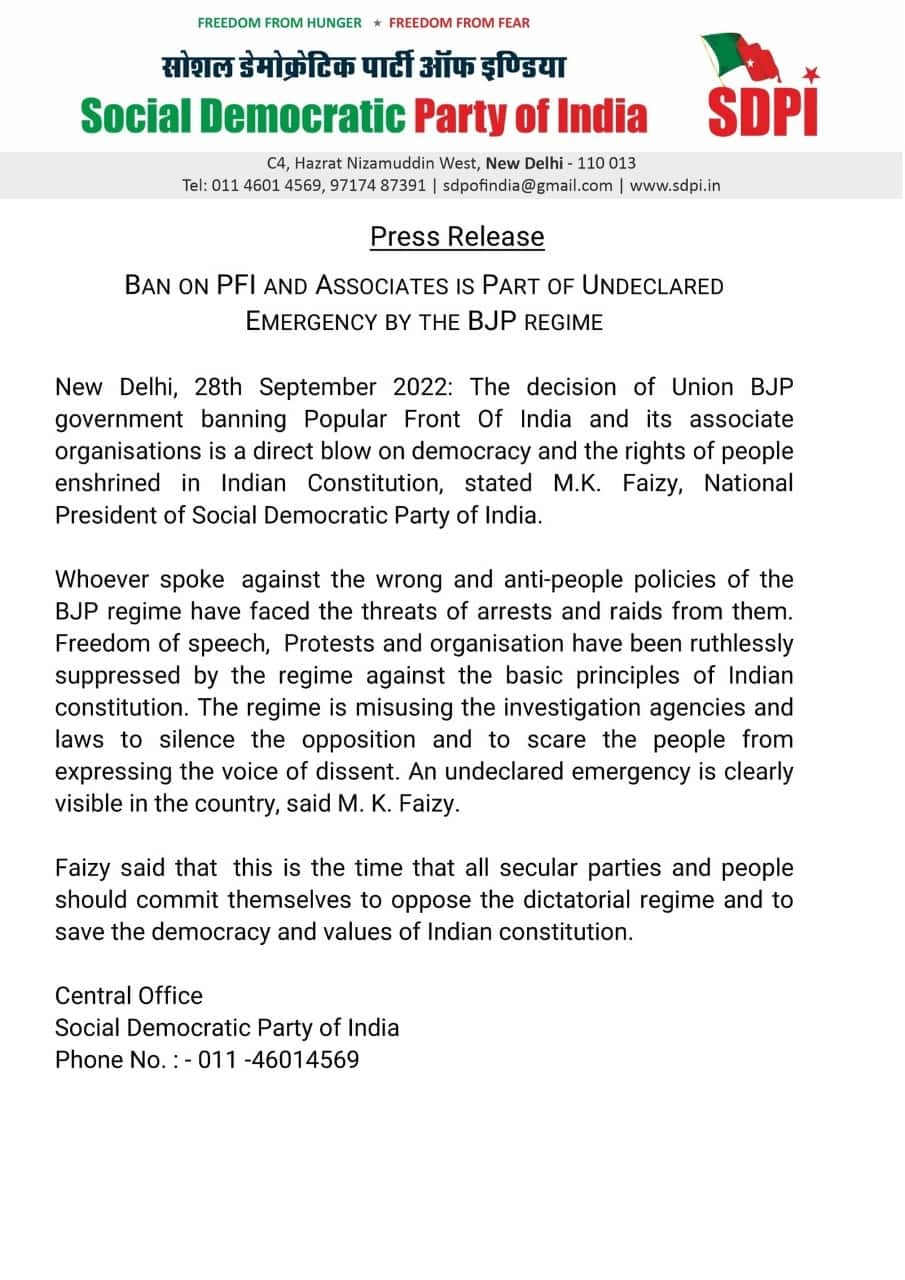 "An undeclared emergency is clearly visible in the country", said M.K. Faizy.

Faizy urged all secular parties and people to come together to oppose the "dictatorial regime" and to "save democracy and values of Indian Constitution."

The government notification on the PFI ban read: "PFI and its associates or affiliates or fronts operate openly as a socio-economic, educational and political organization but, they have been pursuing a secret agenda to radicalize a particular section of the society working towards undermining the concept of democracy and show sheer disrespect towards the constitutional authority and constitutional set up of the country”

Ahead of the ban, the National Investigation Agency (NIA) had led a pan-India crackdown titled 'Operation Octopus' on PFI members and their residences in two phases.