Bollywood actress Sunny Leone recently spotted her name in the menu of a restaurant and took to Instagram to share a picture of it as she found it quite amusing.

New Delhi: Bollywood actress Sunny Leone recently took to Instagram to share a picture of a restaurant that named one of the items in the menu after her and actress found it quite amusing.

She took to Instagram to share the picture of a dish called 'Sunny Leone Chaap' and 'Mia Khalifa Chaap' at a restaurant named 'Singh's Malai Chaap Wale'. She merely wrote, "Lol" in her story and posed it for fans to see.

Check out the hilarious picture: 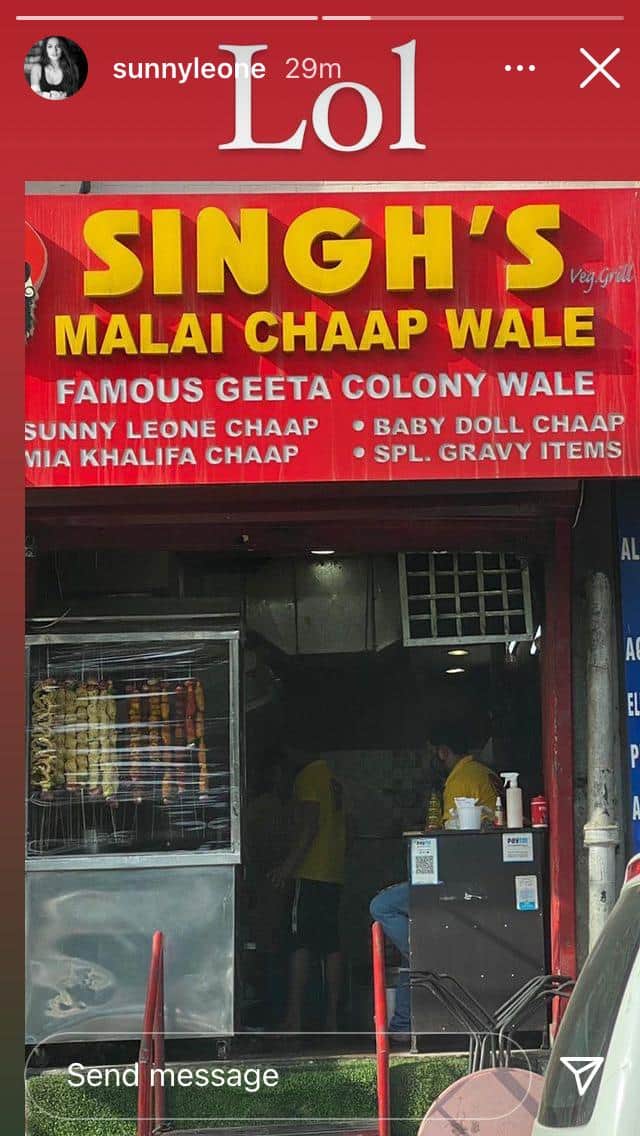 On the work front, the popular model-actress is busy with her upcoming film 'Shero.' The actress keeps on sharing her behind-the-scenes videos from the sets of the movie which is being shot in Kerala. Before that, Sunny just wrapped up shooting for Vikram Bhatt's 'Anamika'.

She will also be next seen in 'The Battle Of Bhima Koregaon' directed by Ramesh Thete, co-starring Arjun Rampal.