Sara is now back from Thailand and is chilling at her house in Mumbai with little brother Arjun. She posted an adorable pic from Arjun on her Instagram story. In the story, Sara wrote that the brother-sister duo has been re-united after a long time.

Sachin Tendulkar's daughter Sara Tendulkar seems to be back from her vacation in Thailand. Sara has recently visited the a small island in Thailand named Koh Samui, which is known for its palm-fringed beaches, coconut groves and dense, mountainous rainforest, plus luxury resorts and posh spas. She posted many a stories from there and also posted the vacation pictures on her Instagram. Sara is a traveller and goes on a trip every month. She had welcome the new year 2022 in Goa while during IPL she had flown to Germany for another vacation. Tendulkar's beautiful daughter has also turned a model with another assignment for a big brand.

Sara is now back from Thailand and is chilling at her house in Mumbai with little brother Arjun. She posted an adorable pic from Arjun on her Instagram story. In the story, Sara wrote that the brother-sister duo has been re-united after a long time.

Check out the picture here. 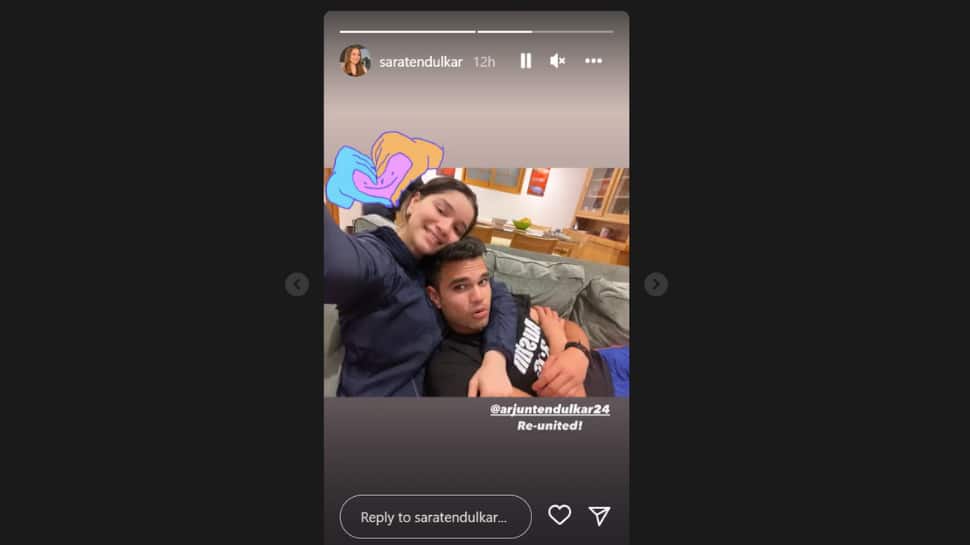 Arjun is very close to making his IPL debut which could happen sometime next season. He has been with the Mumbai Indians team for two seasons now but has not got his debut yet. In a team full of stars, it has been tough for Sachin Tendulkar's youngest child to get a game. Arjun will have to wait and hopefully his wait gets over in IPL 2023.

On the other hand, Sara has been making rapid strides in the world of modelling. Many of her fans feel that Sara is dating Indian cricketer Shubman Gill despite there being no official announcement from either of them. What has given birth to this rumour is a couple of exchanges between the two over Instagram. Sara and Shubman continue to follow each other on the social media platform. However, apart from rumour, there is no confirmation to whether they are actually dating each other or not.