Chennai Super Kings continued to remain in 9th place in the IPL 2022 points table, ahead of Mumbai Indians after their 13-run win over 4th placed Sunrisers Hyderabad.

MS Dhoni returned to lead Chennai Super Kings for the first time in the IPL 2022 season to set up the defending champions’ third win of the season over Sunrisers Hyderabad on Sunday (May 1). CSK remain in 9th place of the points table ahead of Mumbai Indians, level on 6 points with IPL 2021 runners-up Kolkata Knight Riders.

Rajasthan Royals will look to move back into 2nd place in the points as they take on 8th placed KKR in Match No. 47 on Monday (May 2). RR have 12 points from 9 matches while Gujarat Titans are in the lead with 16 points from 9 games while Lucknow Super Giants are second with 14 points from 10 matches. 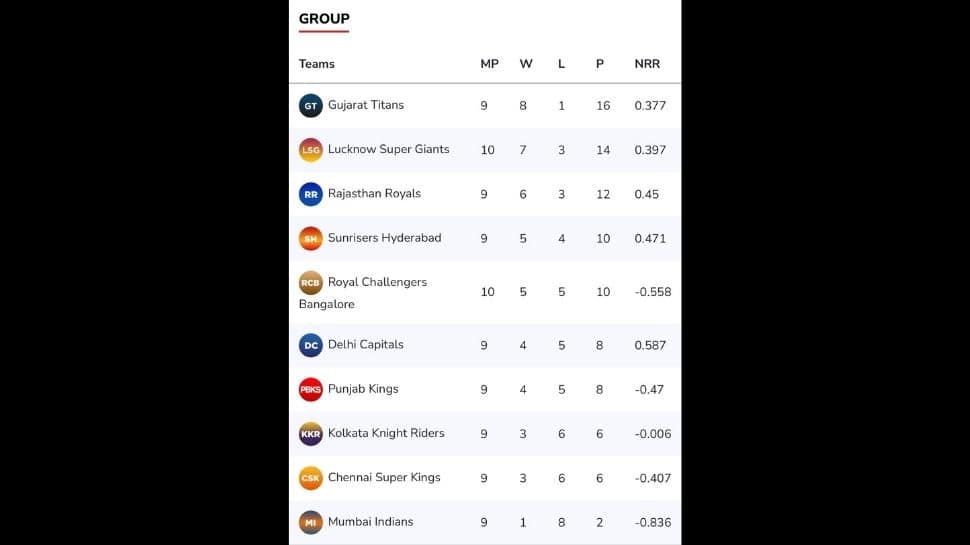 Abhishek scored 39 off 24 balls against CSK in their last match on Sunday. LSG captain KL Rahul is in 2nd place in the Orange Cap race with 451 runs from 10 matches at an average of 56.38 with two fifties and two hundreds so far.

RR leg-spinner Yuzvendra Chahal is the Purple Cap holder with 19 wickets in 9 matches so far, at average of 13.68 and a best of 5/40. SRH pacer T. Natarajan climbed to 3rd place with 2/42 against CSK to take his season tally to 17 wickets from 9 matches – same as Delhi Capitals chinaman bowler Kuldeep Yadav.