'Raksha Bandhan' starcast flies off to Dubai for promotions!

Anand L. Rai , Akshay Kumar along with other cast members of their movie Raksha Bandhan were seen leaving the airport for Dubai for promotions.

Mumbai: The upcoming movie 'Raksha Bandhan', directed by Aanand L. Rai, has generated a great deal of excitement among fans ever since its teaser was released. Fans have already turned to social media to express their enthusiasm for seeing the movie. It is an emotional family drama starring Akshay Kumar that symbolises the lovely brother-sister bond. The movie is being actively promoted, with Akshay Kumar, Bhumi Pednekar, and the rest of the cast frequently mingling with the media and their fans.

Recently, the film's director, Aanand L. Rai, was seen leaving for the airport with the cast to promote the movie abroad. The movie, which will clash with another big league superstar, Aamir Khan's much-awaited movie, 'Laal Singh Chadda' has pushed the filmmakers and cast of Rakshbandhan to promote the movie round the clock. 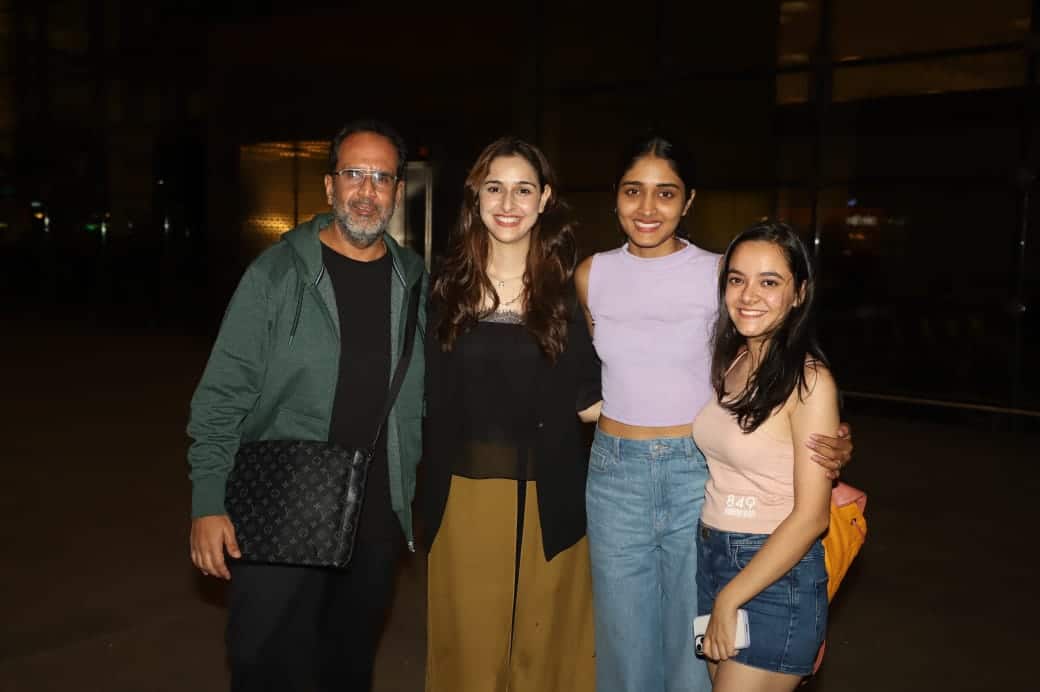 Akshay Kumar, with cast members Sadia Khateeb, Smrithi Srikanth, and Sahejmeen Kaur, the director, were seen heading towards the airport for the film’s promotional activity in Dubai. The onscreen sisters looked beautiful in their attire, and the smiles on their faces expressed it all. It is their first film with the evergreen actor Akshay Kumar, the actresses looked energetic and ready to head for the film’s promotions in Dubai.

The film is directed by Anand L.Rai, produced by Aanand L. Rai and Himanshu Sharma in association with Alka Hiranandani and Cape of Good Films. The script was written by Himanshu Sharma and Kanika Dhillon. The music of the film has been composed by Himesh Reshammiya and the lyrics are by Irshad Kamil.

The film is set to release on the festive occasion of Raksha Bandhan on August 11 and will also be a comeback film in someway for Akshay Kumar and Anand L Rai, with Akshay's last two films not performing well and Anand L Rai had also faced a setback with his last movie, "Zero," starring Shah Rukh Khan.