Modified Suzuki Jimny examples are quite a common sight on the internet, but this one is now a convertible with a drop-top affair.

The Jimny is gaining too much attention for all the good reasons. The compact offroader is getting itself ready to reach our market as Maruti Suzuki Jimny with two extra doors, a few more inches of legroom, incremented wheelbase, and a more proportionate silhouette, as compared to the model on sale in international markets. Well, the Suzuki Jimny is a favourite among off-road enthusiasts and tuners in foreign lands. Recently, a set of images of a modified version of the Suzuki Jimny Sierra showed up on the internet, and it caught our attention and we couldn’t resist putting it up here. After all, the mod job looks interesting and reminds us of the Maruti Suzuki Gypsy.

In case you have been following the Chinese car market, it is pretty understandable, this modified Jimny takes influence from a GWM Tank 300, at least for the front portion of the Maruti Suzuki Jimny. The nose now wears a larger radiator grille that extends to the fenders as well. 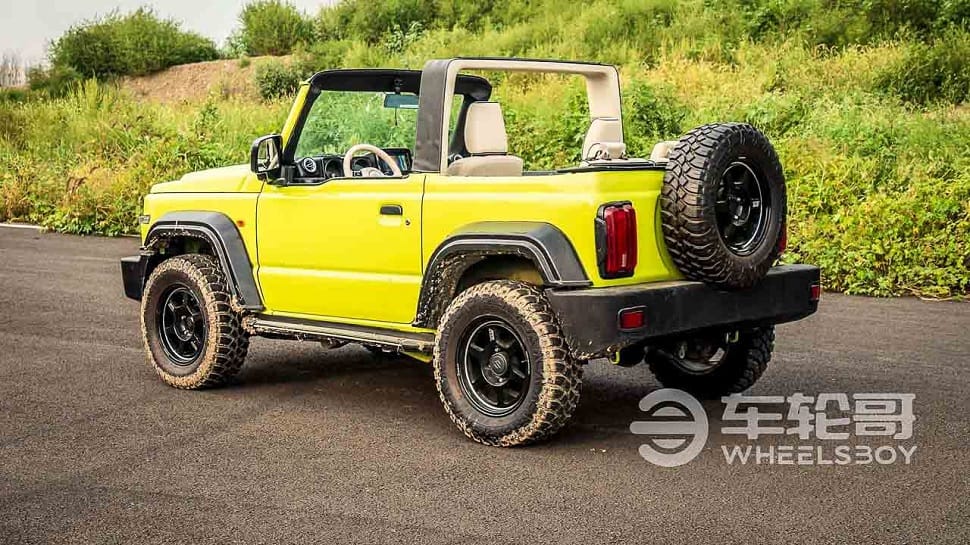 However, the biggest change of all remains the drop-top conversion. Yes! This modified Maruti Suzuki Jimny is now a convertible. The roof is chopped off, and b pillars serve as the roll cage. The front bumper is a modified unit too and chunky wheel arches follow a similar suit, while also adding some presence to the SUV.

The rear facet is not left unattended. Tail lamps have been moved up from the bumper because it now gets a more rectangular bumper. Also, a set of rectangular tail lamps are added on the front bumper. It should also be noted that a set of new alloy wheels, finished in a shade of black are fixed on this SUV. 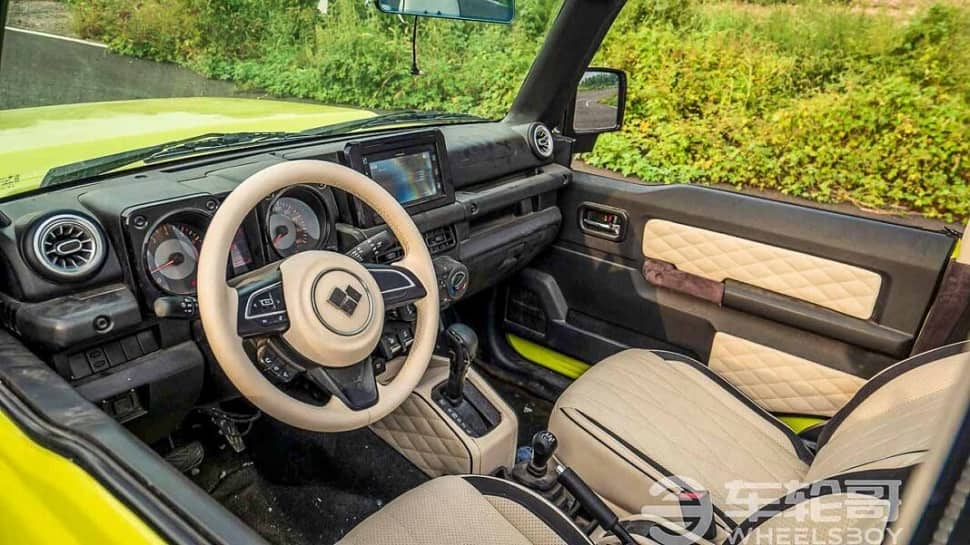 The interior of this customised Suzuki Jimny is dolled-up. A shade of beige with contrast brown stitching and piping is used. Of course, it makes the cabin look opulent. The roll bar is also padded with leather.