US President Biden is also praying for Paul Pelosi and also had a morning call with House Speaker Pelosi, as per an official statement.

US House Speaker Nancy Pelosi's husband Paul Pelosi has suffered a skull fracture after a violent home invasion. Paul was reportedly attacked by an intruder at his San Francisco home on Friday morning. The assailant had attacked Paul with a hammer and had tried to tie him up as well. The attacker screamed, "Where is Nancy?" as he was waiting for her to arrive home according to a CNN report. Meanwhile, Pelosi thanked all her supporters for sending her well-wishes. "Paul Pelosi underwent surgery Friday "to repair a skull fracture and serious injuries to his right arm and hands," a statement released by Speaker Nancy Pelosi said. According to a statement released by the Democratic speaker's office Paul Pelosi, 82, is currently hospitalized and is expected to make recovery.

Pelosi flying back to be with her husband

Speaker Pelosi is flying back to San Francisco with her family to be with her husband, according to a source familiar told CNN on Friday afternoon. Meanwhile, White House Press Secretary Karine Jean-Pierre in an official statement condemned the attack against Paul Pelosi and said that the prayers are with Speaker Pelosi`s whole family. She further stated that US President Biden is also praying for Paul Pelosi and also had a morning call with House Speaker Pelosi to express his support after this horrible attack. 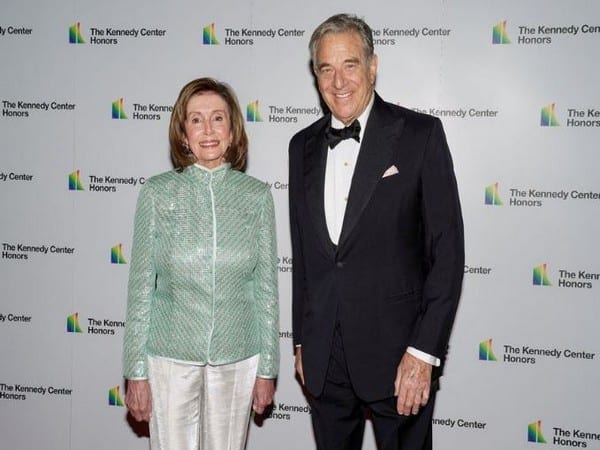 "The President is praying for Paul Pelosi and for Speaker Pelosi`s whole family. This morning he called Speaker Pelosi to express his support after this horrible attack. He is also very glad that a full recovery is expected. The President continues to condemn all violence and asks that the family`s desire for privacy be respected," the official statement read.

The US speaker is second in line to become the US President after the Vice President in case the President is incapacitated. Analysts are saying that given the fact that Pelosi is second in the order of succession it is strange that her house had no security and an intruder could enter her San Francisco house without any trouble.