Astronomers unveiled a picture of the black hole - called Sagittarius A*, which is only the second one ever to be imaged.

Washington: Scientists on Thursday provided the first look at what they called the "gentle giant" lurking at the center of our Milky Way galaxy, unveiling an image of a supermassive black hole that devours any matter wandering within its gargantuan gravitational pull.

The black hole - called Sagittarius A*, or Sgr A* - is only the second one ever to be imaged. The feat was accomplished by the same Event Horizon Telescope (EHT) international collaboration that in 2019 unveiled the first-ever photo- that one residing at the heart of a different galaxy.

University of Arizona astronomer Feryal Özel, at a news conference in Washington, hailed "the first direct image of the gentle giant in the center of our galaxy," showing a glowing ring of red, yellow and white surrounding a darker center.

Sagittarius A* (pronounced Sagittarius "A" star) possesses 4 million times the mass of our sun and is located about 26,000 light-years - the distance light travels in a year, 5.9 trillion miles (9.5 trillion km) - from Earth. 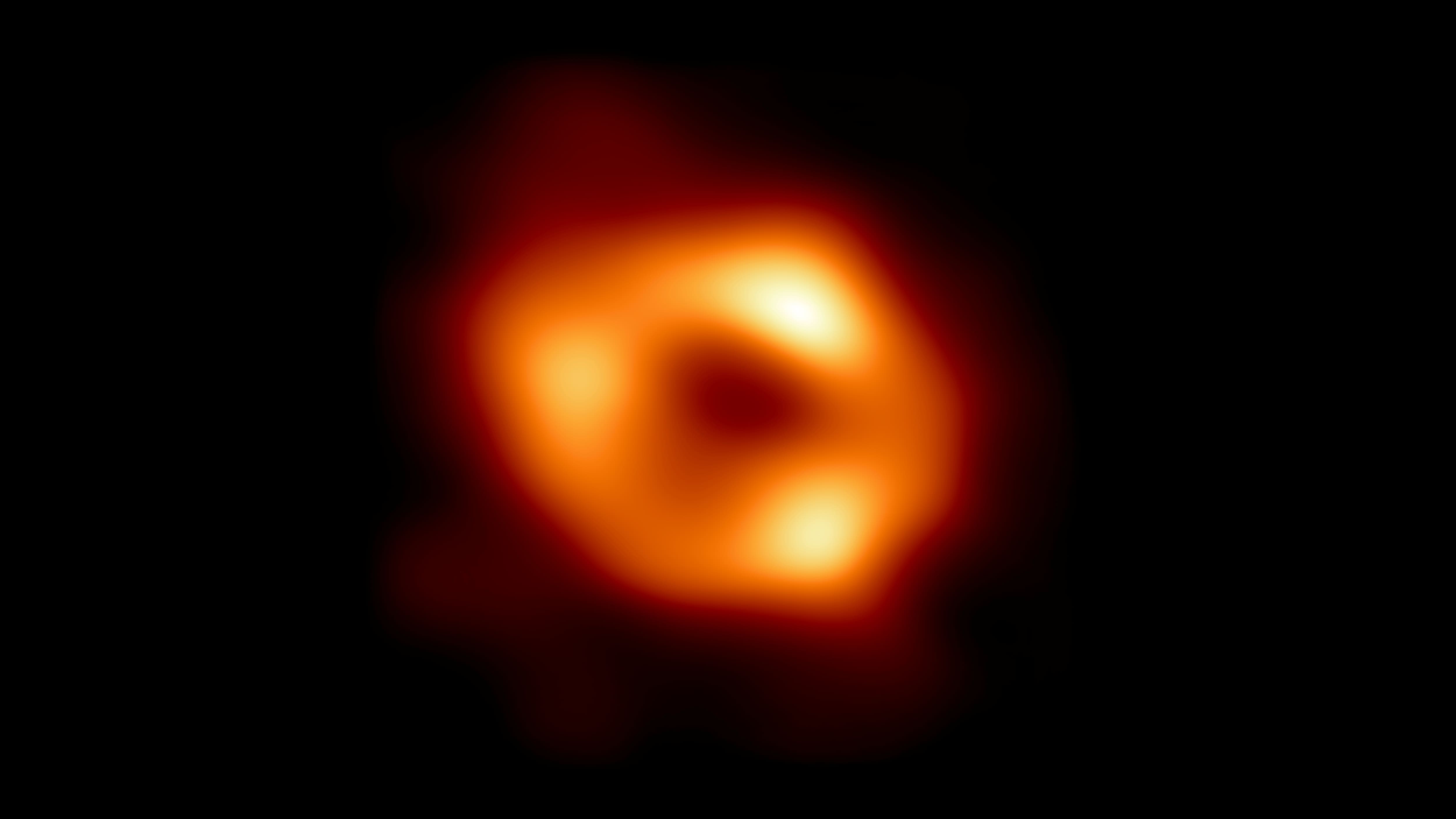 Black holes are extraordinarily dense objects with gravity so strong that not even light can escape, making viewing them extremely challenging. A black hole`s event horizon is the point of no return beyond which anything - stars, planets, gas, dust and all forms of electromagnetic radiation - gets dragged into oblivion.

Project scientists have looked for a ring of light - super-heated disrupted matter and radiation circling at tremendous speed at the edge of the event horizon - around a region of darkness representing the actual black hole. This is known as the black hole`s shadow or silhouette.

"This image shows a bright ring surrounding the darkness, the telltale sign of the shadow of the black hole," Özel said. "Light escaping from the hot gas swirling around the black hole appears to us as the bright ring. Light that is too close to the black hole - close enough to be swallowed by it - eventually crosses its horizon and leaves behind just a dark void in the center."

"It turned out to be a gentler, more cooperative black hole than we had hoped for in the past decade of simulating its environment," Özel added. "We love our black hole."

The Milky Way is a spiral galaxy that contains at least 100 billion stars. Viewed from above or below it resembles a spinning pinwheel, with our sun situated on one of the spiral arms and Sagittarius A* located at the center.

The image released in 2019 showed the supermassive black hole in a galaxy called Messier 87, or M87. The M87 black hole is far more distant and massive than Sagittarius A*, situated about 54 million light-years from Earth with a mass 6.5 billion times that of our sun.

The researchers said that Sagittarius A*, despite being much closer to our solar system than M87, was harder to image.

The diameter of Sagittarius A* is about 17 times that of the sun, meaning it would sit within the innermost planet Mercury`s solar orbit. In contrast, M87`s diameter would encompass the entirety of our solar system.

"Sagittarius A* is over a thousand times less massive than the black hole at M87, but since it is in our own galaxy it is much closer and should appear just slightly larger on the sky," said radio astronomer Lindy Blackburn, an EHT data scientist at the Harvard-Smithsonian Center for Astrophysics.

"However the smaller physical size of Sgr A* also means that everything changes about a thousand times faster for Sgr A* than M87. We must also peer through the messy disk of our own galaxy to view Sgr A*, which blurs and distorts the image," Blackburn added.

The Event Horizon Telescope is a global network of observatories working collectively to observe radio sources associated with black holes. The project was begun in 2012.

There are different categories of black holes. The smallest are so-called stellar-mass black holes formed by the collapse of massive individual stars at the ends of their life cycles. There also are intermediate-mass black holes, a step up in mass. And finally there are the supermassive black holes that inhabit the center of most galaxies. These are thought to arise relatively soon after their galaxies are formed, devouring enormous amounts of material to achieve colossal size.

Thursday`s announcement was made in simultaneous news conferences in the United States, Germany, China, Mexico, Chile, Japan and Taiwan.