The Long March-7 Y3 rocket, carrying Tianzhou-2, blasted off from the Wenchang Spacecraft Launch Site on the coast of the southern island province of Hainan, the China Manned Space Agency, (CMSA) announced.

Spacecraft Tianzhou-2 is scheduled to dock with core the module of the space station Tianhe to deliver supplies, equipment and propellant. It was launched after over a week's delay due to "technical reasons".

Tianzhou-2 was launched for the first space station supply mission despite the initial delay, the state-run Global Times reported. The Tianhe module will act as the management and control hub of the space station Tiangong, meaning 'Heavenly Palace', with a node that could dock with up to three spacecraft at a time for short stays. 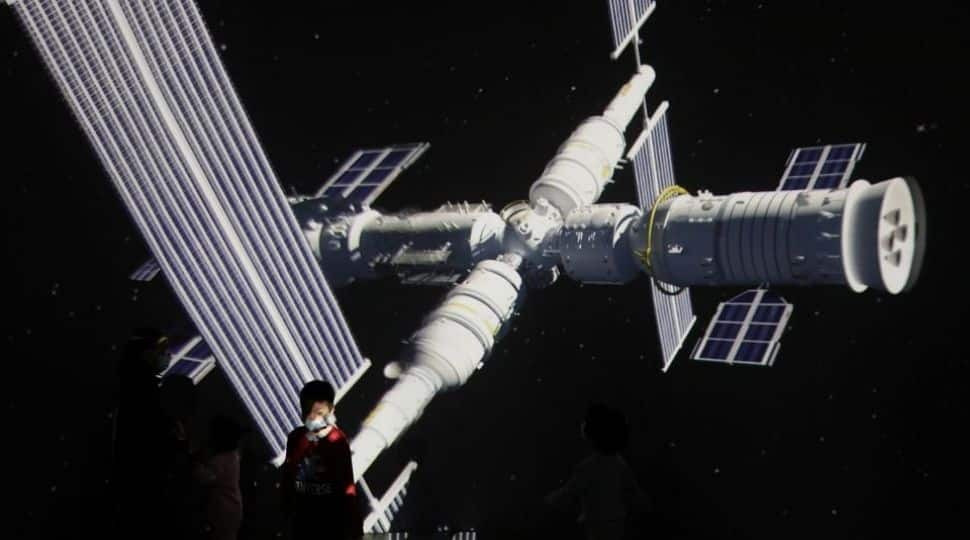 China successfully launched the core module of its space station on April 29 as part of its aim to complete the construction of the facility by the end of next year.

It was launched using China's biggest rocket the Long March-5B Y2 which after placing the core module caused a global stir as it fell back to Earth. Its remnants safely crashed into the Indian Ocean near the Maldives on May 9 with no reports of damage.

The hurtling debris of the rocket evoked sharp criticism from the US, NASA and international astrophysicists, saying Beijing won a reckless gamble in the uncontrolled fall of the rocket which stoked fears that it may fall into inhabited areas.

"Spacefaring nations must minimise the risks to people and property on Earth of re-entries of space objects and maximize transparency regarding those operations," Nelson had said in a statement.

"It is clear that China is failing to meet responsible standards regarding their space debris. It is critical that China and all spacefaring nations and commercial entities act responsibly and transparently in space to ensure the safety, stability, security, and long-term sustainability of outer space activities," Nelson said.

A major space power, China launched its first Mars mission 'Tianwen-1' on July 23 this year. The Mars spacecraft which included an orbiter, lander and rover is currently exploring the Red planet.

The Chinese space station was expected to be a competitor to the ageing International Space Station (ISS) which is a modular space station in low Earth orbit.

It is a multinational collaborative project involving five participating space agencies which included NASA (US), Roscomos (Russia), JAXA (Japan), ESA (Europe) and CSA (Canada). China's Tiangong is expected to be the sole space station once the ISS retires.

Saturday's launch was the first time that the space station cargo transportation system, composed of the Tianzhou spacecraft and Long March-7 rockets, was put into use, the state-run Xinhua news agency reported.

More than 160 large and small packages, including supplies for astronauts and space science equipment, and two tonnes of propellant have been loaded into the cargo freighter, according to the China Academy of Space Technology (CAST).

After docking with Tianhe, Tianzhou-2 will replenish Tianhe's propellant and help test equipment for space application projects. CMSA Director Hao Chun said China is first stacking supplies in the space station before sending the crew to man it.

"We will transport support materials, necessary spare parts and equipment first, and then our crew," Hao said. Yang Hong, the chief designer of the space station at the CAST, said the launch missions of China's space station are closely coupled.

Within 48 hours after Tianhe entered orbit, the core module underwent a status evaluation, and Tianzhou-2 then began its launch countdown preparations.

Following Tianzhou-2's docking with Tianhe, the Shenzhou-12 crewed spaceship will enter its countdown preparations for launch, Xinhua reported. Three astronauts aboard Shenzhou-12, who will stay in orbit for three months, will unpack the goods stowed inside Tianzhou-2 to obtain their living and working materials.

Tianzhou-2 is also delivering space food, dubbed "space deliveries" by Chinese engineers, including many traditional Chinese dishes. The cargo craft will operate in orbit for one year. Its power supply capacity is not less than 2,700 watts. It can also carry out multiple in-orbit refuelling missions.