Nick Kyrgios and his girlfriend Costeen Hatzi have dropped a major hint about getting married and having a baby next year. The Australian tennis player started dating supermodel Costeen from December and since their romance has been growing and growing till date. In an Instagram question and answer game, Nick told his 3 million followers that the couple are planning have their first kid next year in 2023. (Wimbledon 2022: Nick Kyrgios accepts spitting in direction of fan who disrespected him)

A fan or even Costeen even asked herself,"I love you, when are we having babies?" (Wimbledon 2022: Nick Kyrgios' girlfriend Costeen Hatzi is hotness personified and THESE pics are proof) 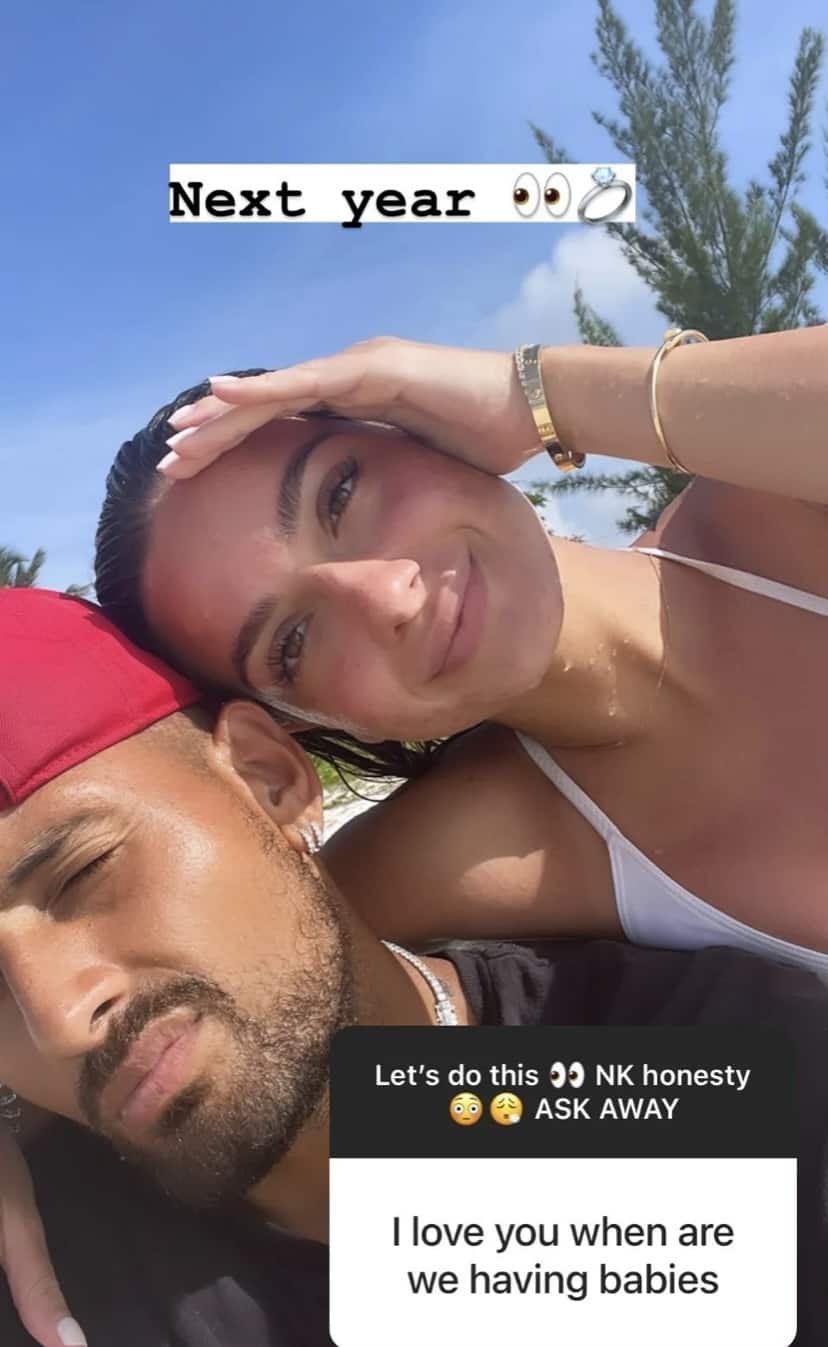 Kyrgios answered the question with a selfie with written on it,"Next year,". Currently, the couple are enjoying a holiday in the Bahamas. Notably, Nick's reply was side-eye emojis and ring emojis, which certainly give the signal about whether they are planning to tie the knot next year or not. (Nick Kyrgios parties at nightclub with stunning girlfriend after losing Wimbledon final - In Pics)

The marriage rumours of Nick and Costeen caught attention when Costeen showed off her ring on social media. However, the Wimbledon finalist denied the claims at that moment. But Nick has hinted that he wants to marry the Sydney blogger and start a family with her on a TV Show.

"I love you so much. I can't wait for everything with you in the future - the most amazing human. Let's keep the energy going," he added.

Nick and Costeen started talking when the tennis star texted the model to buy a mirror from her business account. The couple say that it "love at first sight".

His girlfriend was even present when the tennis star won his Australian Open doubles title and the Wimbledon final as well.

When asked about his singles final loss against Novak Djokovic he said, "Honestly, I feel as if my first slam final was impressive. Next time I would try ride the emotional wave a little smoother but I realise how much was on the line. I feel if I was up against anyone else but Djokovic in the final with the way I served that day, I would of won."