"Thank you for all the incredible memories, Roger."

Swiss tennis legend Roger Federer retired from the sport last week after an emotional farewell at the Laver Cup 2022 in London. Federer lost his last match ever at the same tournament with his long-time rival Rafael Nadal by his side but what followed later was a river of tears from these two and also all the fans present their, including the star players in Team World and Team Europe teams. The likes of Novak Djokovic and Stefanos Tsitsipas too shed a tear or two. Days after retiring from the sport, ATP Tour posted a video of Virat Kohli on their Instagram account. Kohli can be heard showing praises on Federer and the epic career he had. The ATP Tour captioned it as : "Thank you for all the incredible memories, Roger."

"Hello, Roger. It's a great honour for me to be able to send this video across for you, congratulating you on a phenomenal career that has given us so many beautiful moments and memories. I personally had the chance to meet you in Australian Open in 2018, something that I'll never ever forget in my life. One thing that stood out for me even watching you play, was the fact that so many people around the world, not just in the world of tennis got behind you, supporting you and that kind of unity I've never seen for any other individual athlete ever. That is something that cannot be created, that cannot be generated in anyway," Kohli had said in the video.

Check out Kohli's message for Federer and tennis legend's reply below: 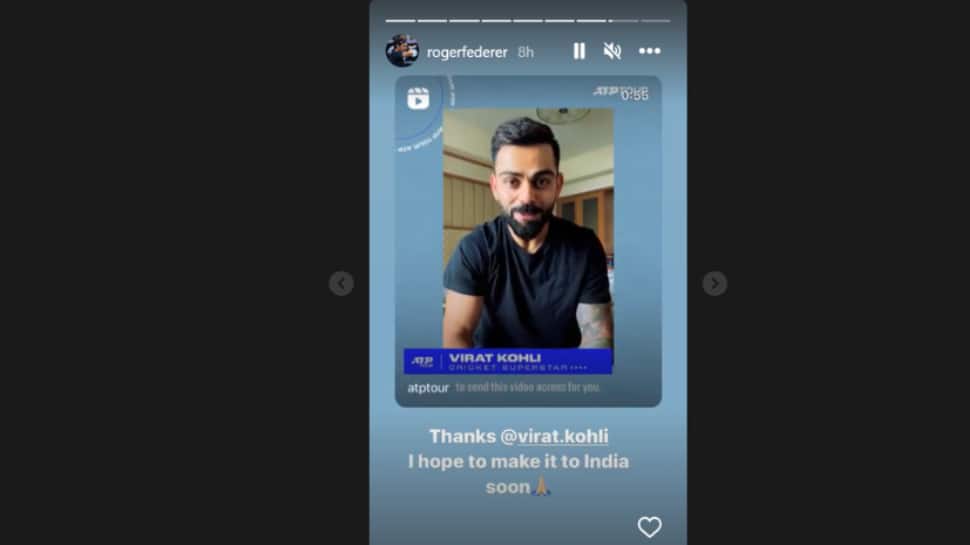 Roger shared the video on his Instagram Story and thanked Kohli for his message before adding: "I hope to make it to India soon." The message made the day for Indians who are big fan of Federer.