SS Rajamouli's 'RRR' starred Ram Charan and Jr NTR in the lead roles. The film turned out to be one of the biggest blockbusters of the year.

Tokyo: Mega Power Star Ram Charan is having the most memorable time in Japan while promoting his blockbuster film `RRR`. Ahead of the movie`s theatrical release in Japan, Ram Charan has been busy meeting his fans and admirers over there.

The Indian diaspora and Japanese fans have been showering him with love. While promoting the film, he along with his wife Upasna visited India International School in Tokyo, where he was warmly welcomed by the students. The enthusiastic fans spent quality time with him and also gave him soft toys that resembled his pet, Rhyme as a loving gesture.

Here is another picture of the actor with the school students: 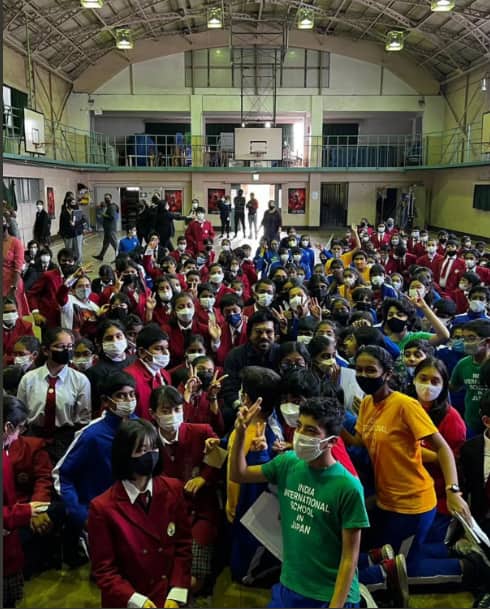 The movie is releasing on Friday in Japan and it`s going to be a bonanza for Ram Charan`s Japanese and Indian fans there.

The movie team including co-star NTR and director Rajamouli are also in Japan to promote the film which has stood out as the biggest movie success in India in recent times.