Releasing nationwide on April 14, 2022, in Kannada, Telugu, Hindi, Tamil and Malayalam, K.G.F: Chapter 2 is written and directed by Prashanth Neel.

New Delhi: KGF was no ordinary feat for Yash and its makers. With the film having broken long-standing records since its release in 2018, the film has established another embodiment by setting a world record.

With the second chapter of the film gearing up for its release on the 14th April, KGF: Chapter 2 has surpassed everybody's expectations in terms of promotion. More than anybody, all the fan clubs of Yash have been proactive with the promotion of the film. 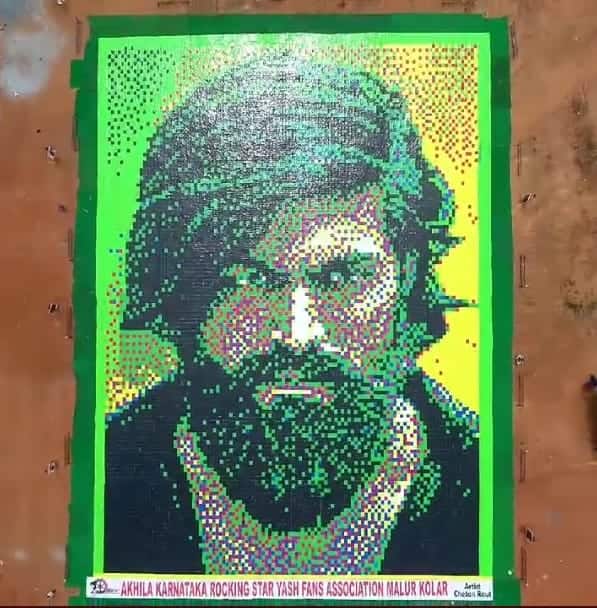 The size of the portrait is 130× 190 ft and is spread over 25650 sqft with books situated at the White Garden Grounds of Malur. This is being done by the Yash Fans Association of Mallur.

Releasing nationwide on April 14, 2022, in Kannada, Telugu, Hindi, Tamil and Malayalam, K.G.F: Chapter 2 is written and directed by Prashanth Neel, one of the most sought-after directors, and produced by Vijay Kiragandur, under the Hombale Films banner.

The film is being presented in North-Indian markets by Ritesh Sidhwani and Farhan Akhtar’s Excel Entertainment and AA Films. Excel has given super hits like ‘Dil Chahta Hai’, ‘Zindagi Na Milegi Dobara’, ‘Dil Dhadakne Do’, and ‘Gully Boy’ to name a few.