Allu Arjun news update: Pushpa actor visited the Golden Temple recently with his family. The pictures and videos went viral on the internet.

New Delhi: Pushpa actor Allu Arjun and his family headed to Amritsar and visited the beautiful Golden Temple on his wife Sneha Reddy's birthday. The star took to social media and shared a picture of the Golden Temple, which they had visited during their time in Amritsar. Allu Arjun later also shared a glimpse of the family time that he has spent.

The superstar along with his wife and kids had donned traditional attire, which made them look like the beautiful family that they are. Later he also shared a video of himself and his family taking blessings in the temple. It seems like this time off from Pushpa was a necessity and the entire family thoroughly enjoyed it. Taking to social media, he shared this footage. 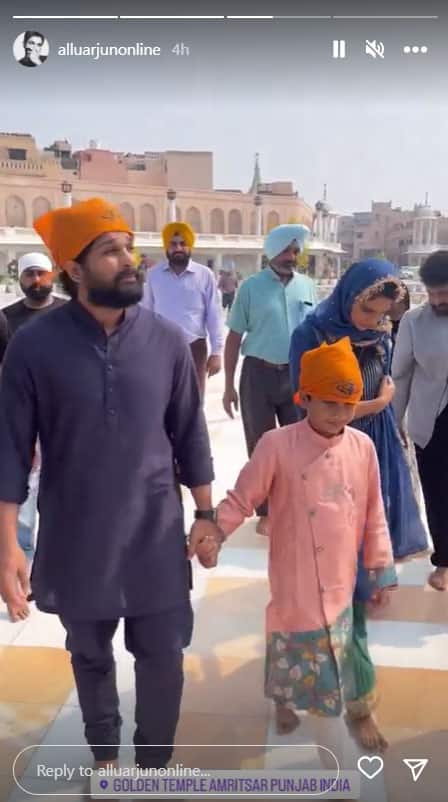 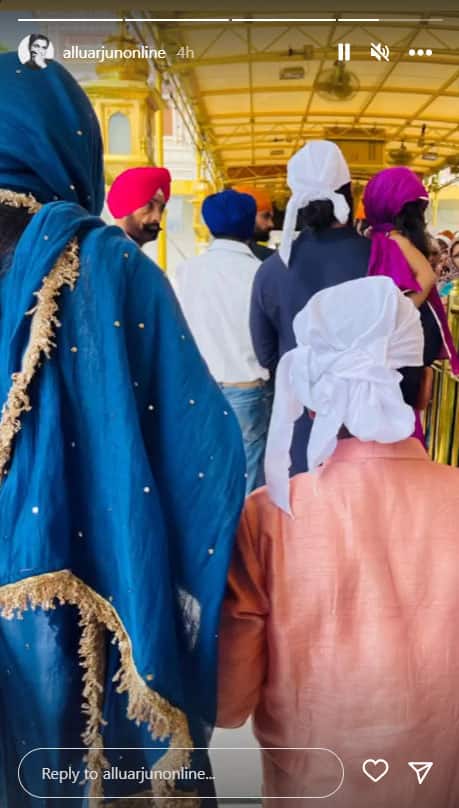 Currently, the PAN star Allu Arjun is basking in the success of Pushpa and the commencement of Pushpa 2. Allu Arjun starrer Pushpa: The Rise, directed by Sukumar fared well, at the box office and broke several box office records and even entered the Rs. 100 crore mark in Hindi belts, and went on to mint Rs 300 crore worldwide.

This year has been a very successful year for the star, especially when his hook steps from the film became a viral trend and his miniatures were used in Ganesh Pandal. He was also seen representing India globally as a grand marshall in the India day parade in New York. This impressed fans to an extent that he took over social media for a day. Meanwhile, on the work front, he will be next seen in Pushpa 2 along with Rashmika Mandanna.