Dussehra 2022: On the auspicious occassion of Vijayadashmi, Indian Railways' IRCTC has decided to cancel over 190 trains due to various reasons, Check full list HERE.

Dussehra 2022: On the auspicious occassion of Vijayadashmi, Indian Railways Catering and Tourism Corporation (IRCTC) has decided to cancel a total of 222 fully or partially cancelled trains on October 5. These trains include express trains and special train services. Indian Railways have cancelled these trains due to various reasons including maintenance and operational work which are to be held on railway tracks today. 197 trains were fully cancelled, while 25 trains were partially cancelled today. This comes a day after IRCTC cancelled over 200 trains on October 4. Further, Railway officials have decided to divert and reschedule several trains today due to various reasons.

Hence, passengers are requested to check their trains' status before heading out for their journeys. The cancellation and other changes in the trains' schedule will have an effect on a number of cities, including Pune, Luchnow, Ahmedabad, Varanasi, Prayagraj, Delhi, Nagpur, Patna, Pratapnagar, and Gorakhpur amongst others.

Check the full list of IRCTC's cancelled trains on October 5: 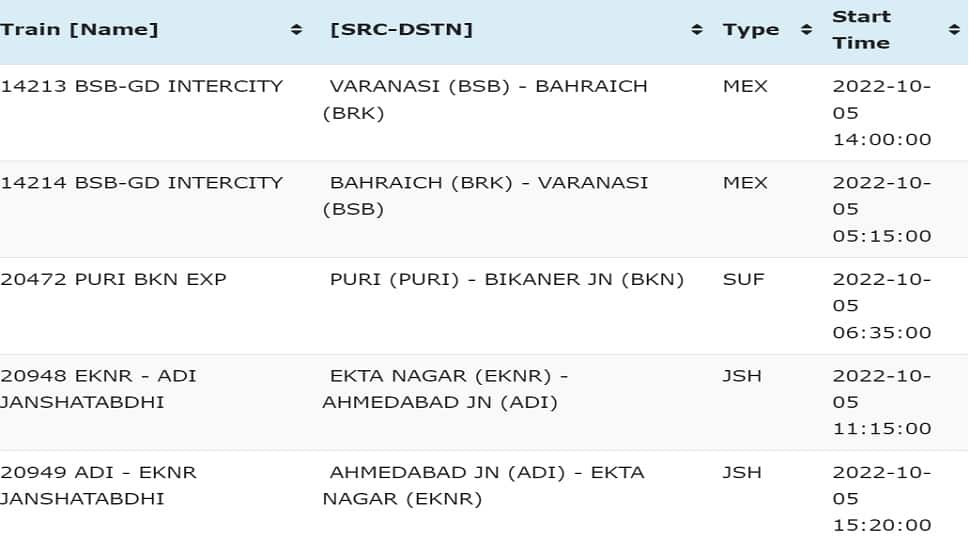 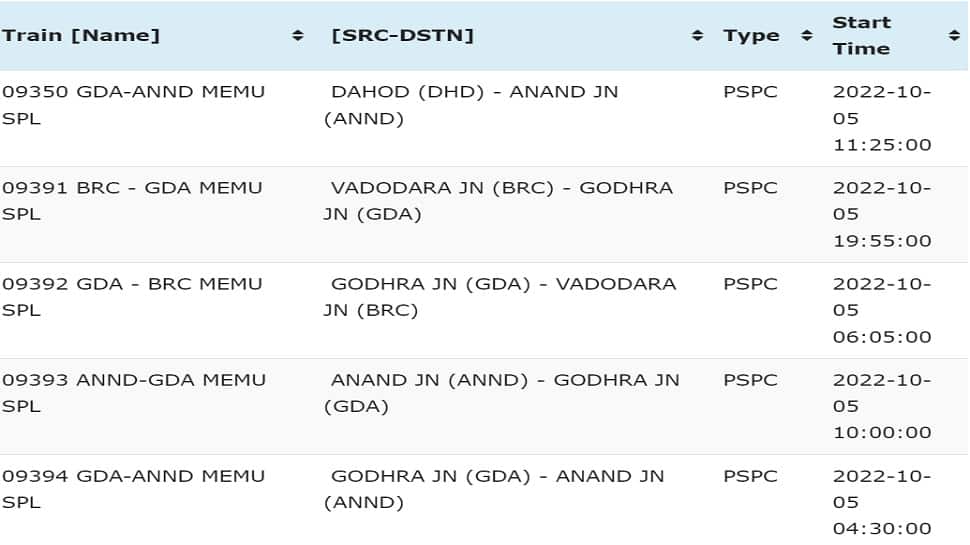 Indian Railways tend to cancel train services every day due to various reasons, which includes work on trains, natural disasters and even derailment of trains. Full list can also be checked by going to the option of the exceptional train in the upper right corner on NTES website.

Indian Railways is the most preferred mode of transport as it is economical and make passengers reach their destination on time with utmost comfort.  Indian Railways has initiated special trains to accommodate passengers with convenience and comfort of travel during festivals like Navratri, Durga Puja, Dueeshra, Diwali, and Chhath Puja. Indian Railways commenced the service of special trains to manage the passenger rush before Navratri and Durga Puja started. It has however, further increased the platform tickets at several stations of South India.