'The Flash' actor Ezra Miller has been accused of harassing a young girl while grooming her. Parents of the 18-year-old have claimed that the actor physically and emotionally abused the girl.

NEW DELHI: Hollywood stars are stepping in controversies a lot nowadays. Alec Baldiwn, Will Smith, Amber Heard, Johnny Depp and now Ezra Miller. Warner Bros is having quite a hard time as their superheroes are landing in trouble quite often. Ezra was recently arrested, not just once but twice in Hawaii under charges of harassment and assault. Later, a couple even filed for a restraining order against the actor after he reportedly threatening to burn and kill the pair in Hawaii last week.

'The Flash' actor has been accused of harassing a young girl while grooming her. Parents of the 18-year-old have claimed that the actor physically and emotionally abused the girl. Now, that the law enforcement has been unable to locate Miller and they have yet to be served with the papers, the actor has reacted to the allegations with some hilarious memes.

Ezra shared a few viral memes on his Instagram story and fans went gaga over it. He didn't mention, tag or name anyone but well, the purpose was quite obvious. Check out the funny memes shared by the actor below: 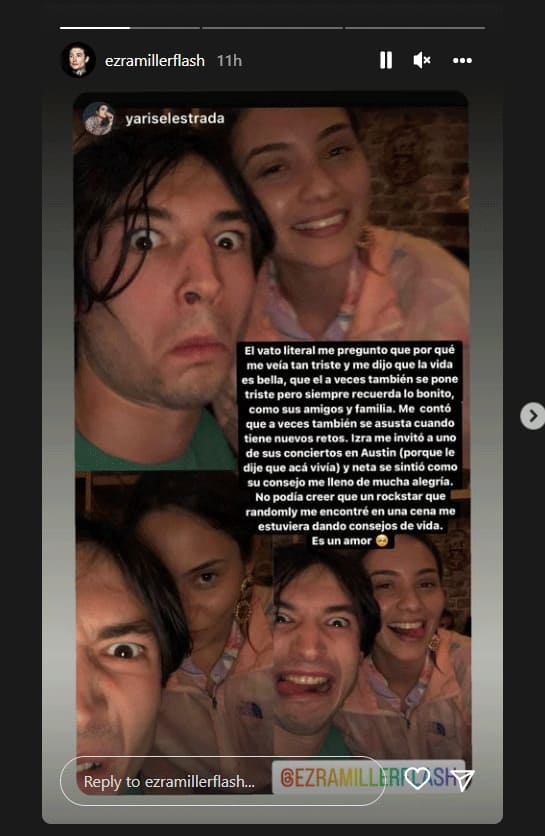 According to The Los Angeles Times, the parents of 18-year-old Tokata Iron Eyes claimed that Miller began grooming their daughter when she was a minor through means of physical and emotional abuse.The two met when Flash actor was 23 adn Iron Eyes was not even a teen, she was 12. Her parents have claimed that Miller used "violence, intimidation, the threat of violence, fear, paranoia, delusions, and drugs to hold sway over" the little girl.

Warner Bros is in big trouble as the 'Flash' is only a year away from speeding into theaters and the actor is surrounded by major allegations. Will DC replace him? Will take major actions or stay quite altogether? That is definitely a question running in Flash's fans' minds right now.