Karan Kundrra kisses Tejasswi Prakash on the cheek as she becomes owner of an Audi Q7.

New Delhi: ‘Naagin 6’ actress and Bigg Boss 15 winner Tejasswi Prakash just gifted herself a new ride as she bought the luxurious Audi Q7 that costs more than Rs 80 lakh. To take the delivery of her new four-wheeler, Tejasswi went to the showroom with boyfriend Karan Kundrra. The actress was dressed up in a formal short black dress while Karan was dressed casually in a loose blue shirt paired with black jeans. He turned paparazzi for Teja and took several photos of her. He also gave his ladylove a peck on her cheeks.

Tejasswi posed in front of her new car with Karan for the photos. 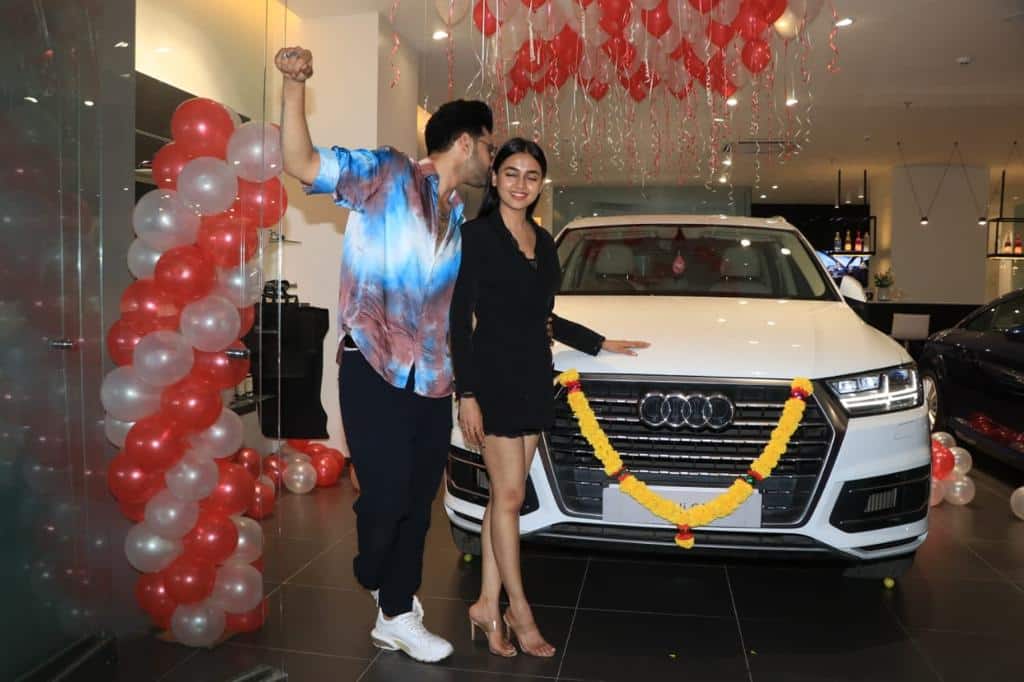 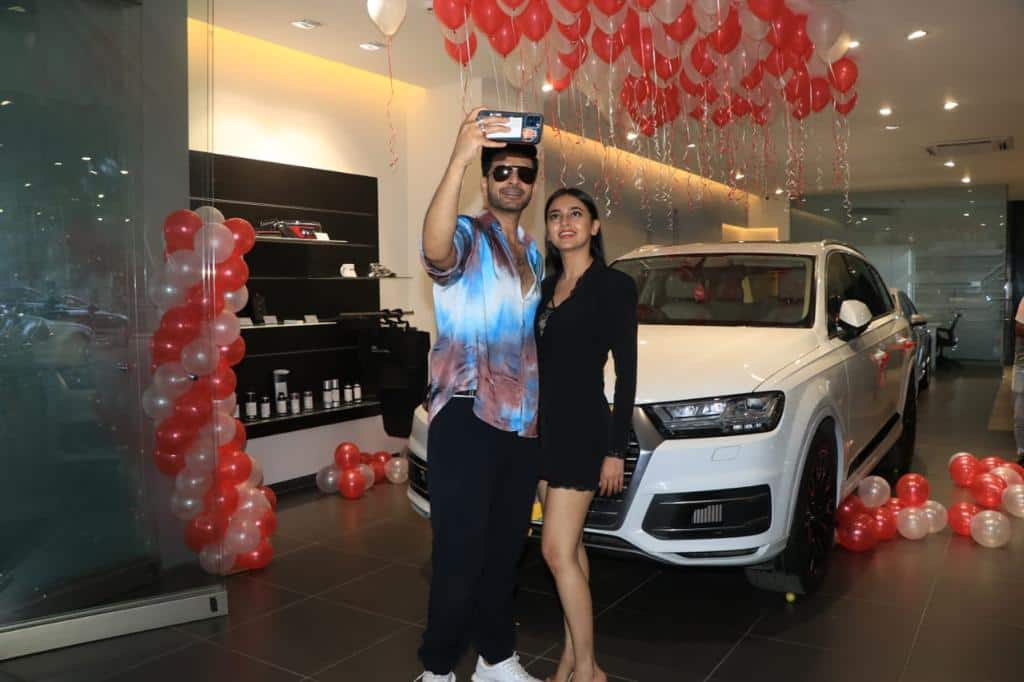 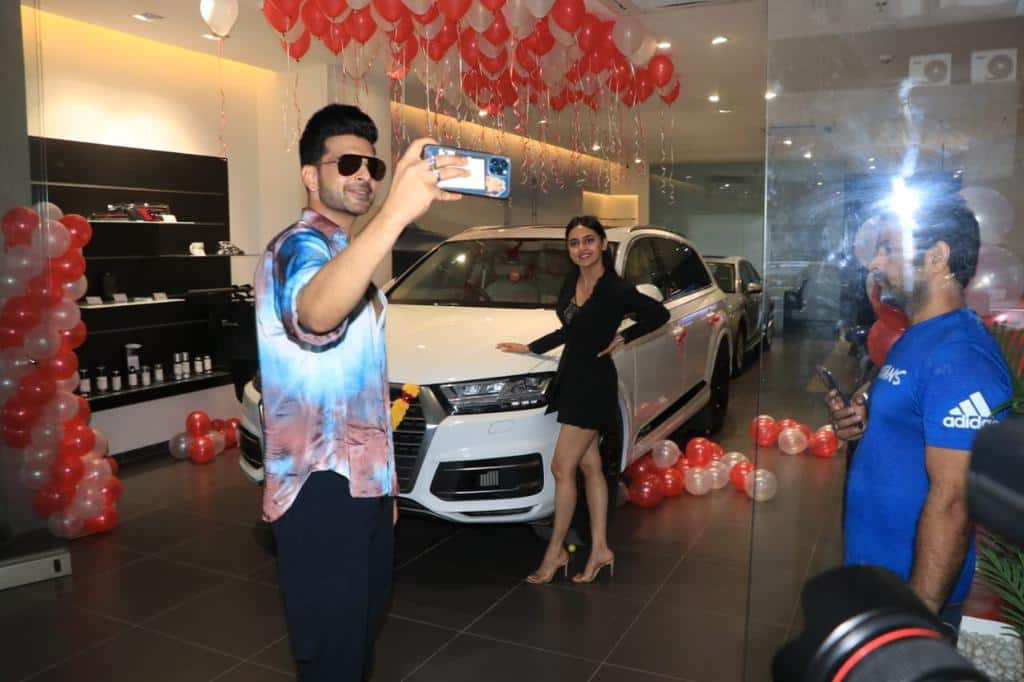 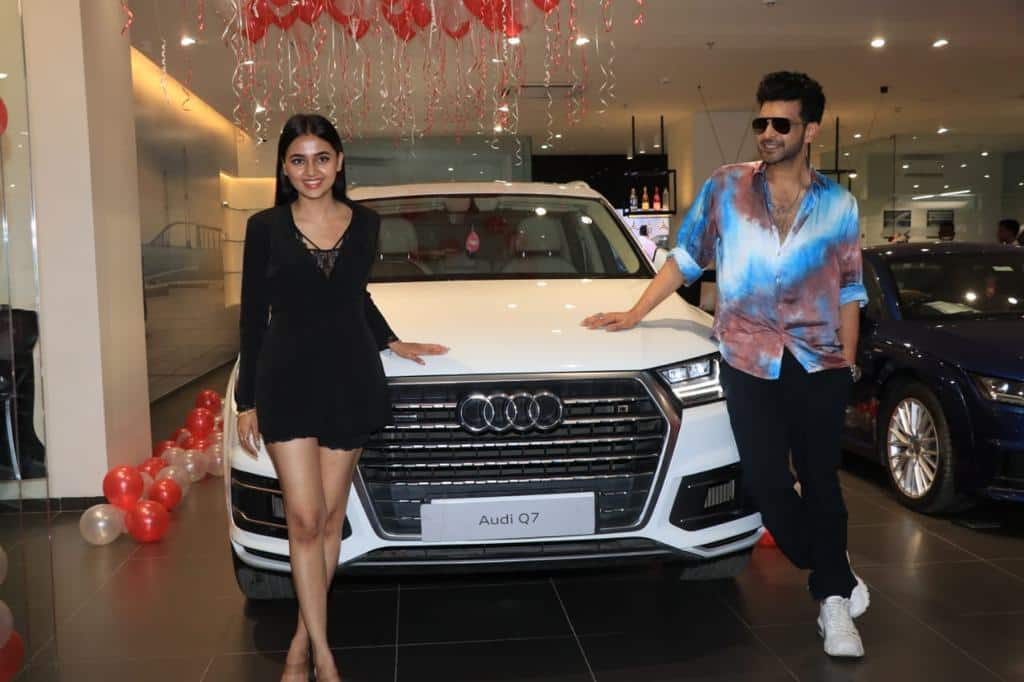 The ‘Naagin’ actress looked super happy and also performed pooja for her four wheeler. Tejasswi anointed her car with a swastika and cracked the coconut for good luck. However, cracking the coconut was a hilarious affair as she couldn’t do it without some difficulty. Check out the video: 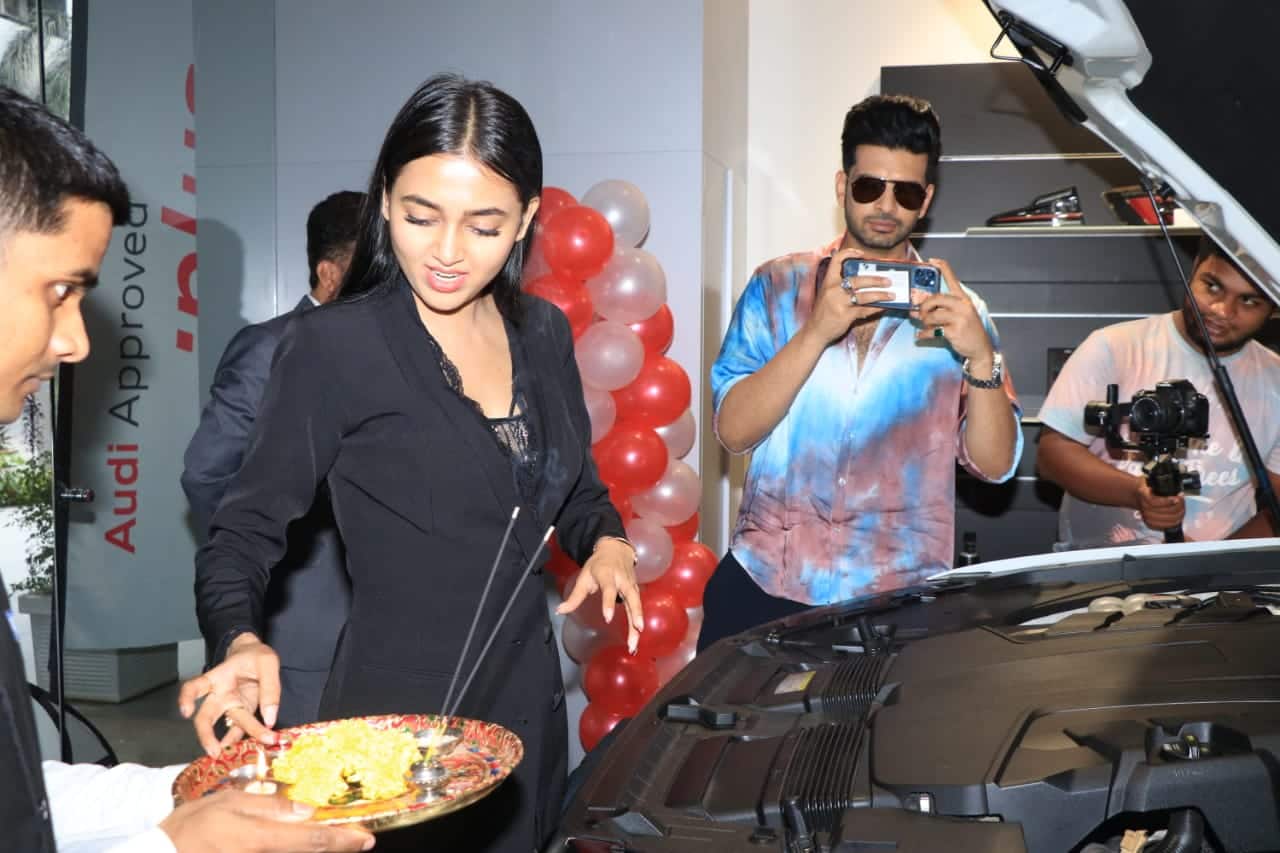 Karan and Tejasswi later drive away in the new car.

Karan Kundrra and Tejasswi Prakash started dating last year after they met on Bigg Boss 15. Karan proposed to Tejasswi on his one knee with a red rose to his girlfriend. She happily said yes to him. The couple is also fondly referred to by their fans as ‘TejRan’. The two have been going strong post the show ended and are often spotted together with each other.

On the work front, Tejasswi is currently starring in Ekta Kapoor’s hit supernatural series ‘Naagin 6’ as the lead. She was offered the show while she was still inside Salman Khan hosted Bigg Boss 15. Karan on the other hand was last seen in Kangana Ranaut hosted Alt Balaji’s OTT reality show ‘Lock Upp’ as a jailor.