Shraddha Kapoor latest news: The actress will be next seen in Luv Ranjan's next with Ranbir Kapoor.

New Delhi: The quintessential Bollywood girl-next-door Shraddha Kapoor has now entered the most coveted 75 Million followers club, after Virat Kohli and Priyanka Chopra. Shraddha has garnered this following solely based on being her true self and keeping it real on social media. The actress has beaten the likes of Deepika Padukone and Alia Bhatt in the social media fan race.

Shraddha Kapoor’s social media feed is the most organic. From posting Sunday selfies, and pictures with her book, to photo albums with her family - her posts seem more relatable to fans. While Shraddha enjoys 75 million followers on Instagram at present, Deepika Padukone has 69.2 million and Alia Bhatt has 71.1 million followers respectively. 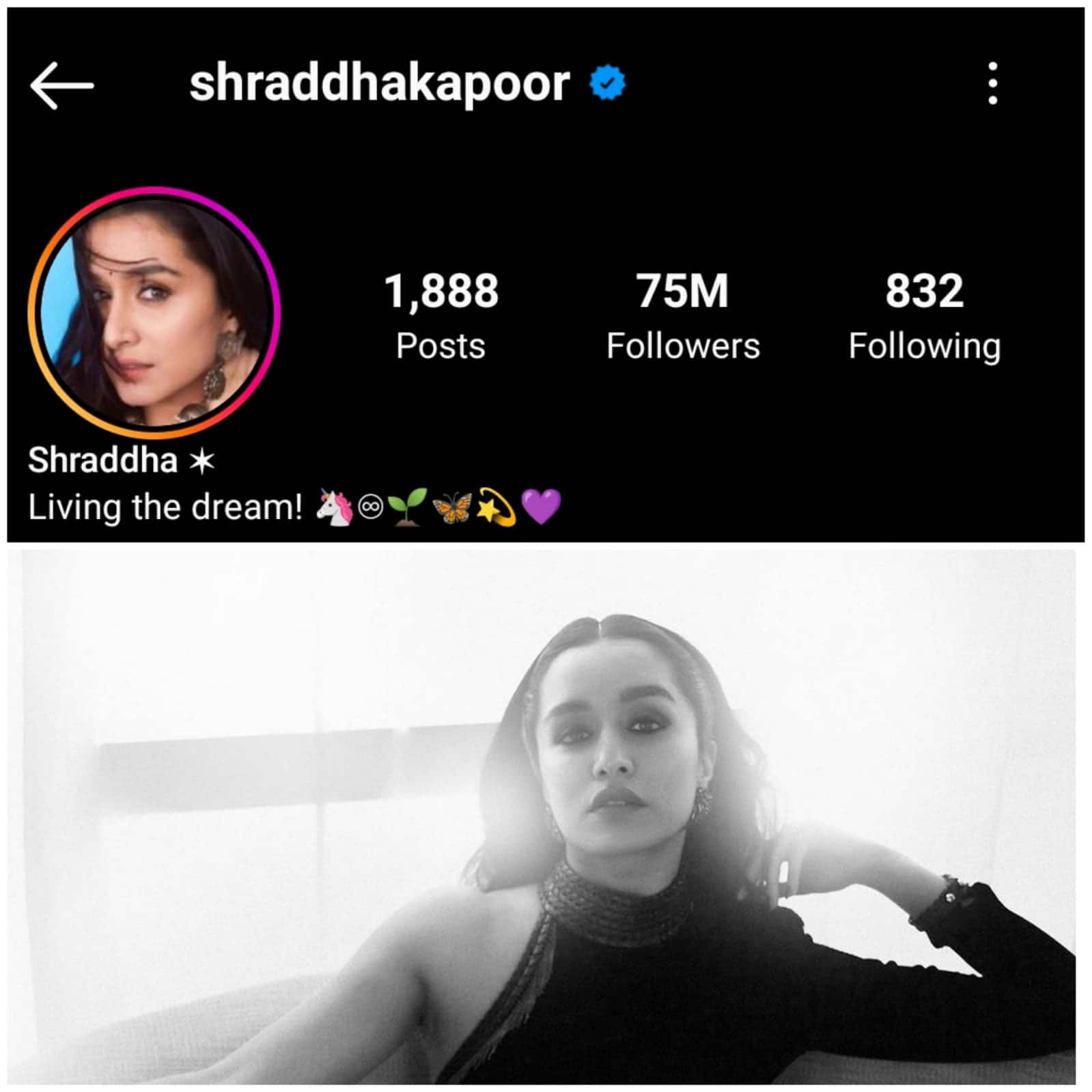 Recently, the actress became the face of a leading business magazine - Entrepreneur. While Shraddha enjoys a huge following on social media, she is also emerging as a brand favourite, with almost 20 brand endorsements and collaborations in her kitty.

On the work front, Shraddha Kapoor will be next seen in Luv Ranjan's next with Ranbir Kapoor, which is all set for a theatrical release on March 8, 2022. The on-set leaked photos from the shooting have already upped the curiosity levels among fans.