Shanaya Kapoor brutally trolled for her debut ramp walk, netizen say 'are you trying to be Gigi Hadid'

Taking to her Instagram handle, Shanaya dropped a series of pictures of herself from the glamorous event on Saturday.

While her friends, fans and members of the film fraternity flooded the post with likes and comments, there were few who trolled her for her ramp walk.

For the unversed, Suhana, Shanaya and Ananya are childhood friends. 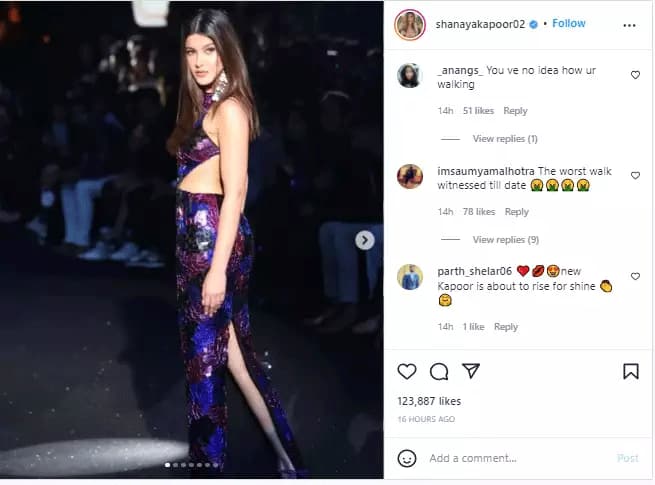 Some called it 'duck walking', others suggested she take lessons from professionals. "The worst walk witnessed till date," wrote one. "You have no idea how you are walking," wrote another.

Meanwhile, Shanaya's upcoming film 'Bedhadak' is presented by Karan Johar and helmed by Shashank Khaitan. The film, which also marks the debut of actors Lakshya and Gurfateh Pirzada, is touted as a love triangle in the rom-com space.