Bollywood King Shah Rukh Khan celebrated his 57th birthday with some of his close friends and family at his bungalow Mannat.

NEW DELHI: Bollywood actor Shah Rukh Khan was showered with wishes and prayers for his good health as he tuned 57 on Wedneday (November 2). Like every year, his fans were seen assembling outside his bungalow - Mannat in Mumbai to get a glimpse of their favourite superstar on his special day. And like every year, Shah Rukh obliged to their demands as he came out on his balcony along with his younger son AbRam and expressed gratitude to his fans for showering immense love on him.

Later, Shah Rukh reportedly hosted an intimate dinner with his close friends at his house in the evening. As reported by Pinkvilla, the low-key dinner hosted by Shah Rukh Khan and Gauri Khan, was attended by Siddharth Anand, Farah Khan, Maneesh Sharma and Harman Baweja.

Farah even shared a photo from the dinner while greeting the superstar on his birthday. In the photo, a beautiful wall painting, a giant Ravinder Reddy sculpture, a swanky bar counter and a guitar laying on the floor is visible. Take a look: 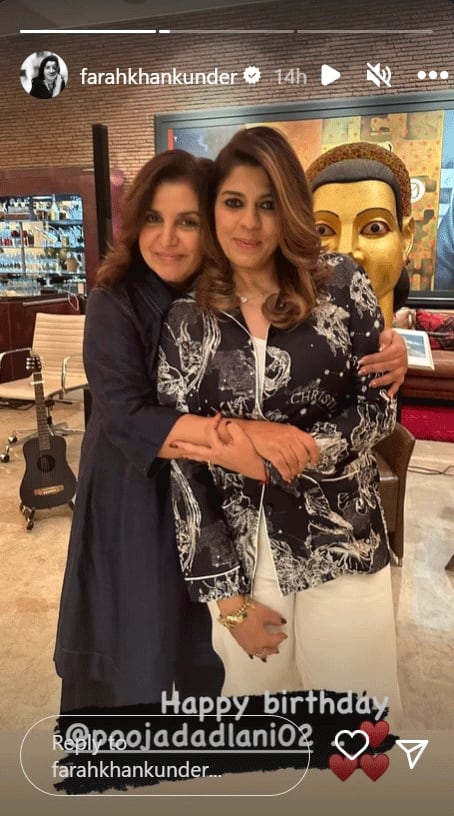 Shah Rukh Khan's manager Pooja Dadlani also took to Instagram and offered a glimpse of his birthday at Mannat. 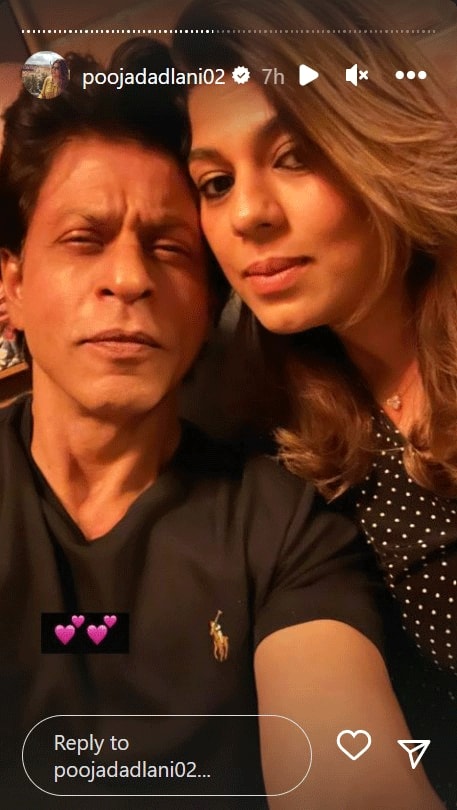 Speaking on the work front, Shah Rukh Khan unveiled the teaser of his upcoming film 'Pathaan' on his birthday. Also starring Deepika Padukone and John Abraham, 'Pathaan' is slated to release on January 25, 2023. Apart from this, he also has Rajkumar Hirani's 'Dunki' alongside Taapsee Pannu and is a part of Atlee's 'Jawan' co-starring Nayanthara.

All the three films are scheduled for 2023 release.