Saif Ali Khan and Taimur are the new dude-duo in town, check out their vacay pics

New Delhi:  Kareena Kapoor Khan and Saif Ali Khan are the ultimate example of a modern-day couple goals.  While Kareena was away with their younger son, Jeh, for the shoot of her next film in London, Saif jetted off to the Maldives with their elder son, Taimur.

Saif and Taimur have recently been photographed in the picture-perfect Maldives, where they were seen making pizza and relaxing on the patio. The endearing pictures serve as a reminder of the value of finding the ideal work-life balance as they show couples enjoying activities like snorkelling in crystal-clear waters, spending time together in nature, reading, cycling, and simply enjoying each other's company.

Here are couple of pictures of the father and son: 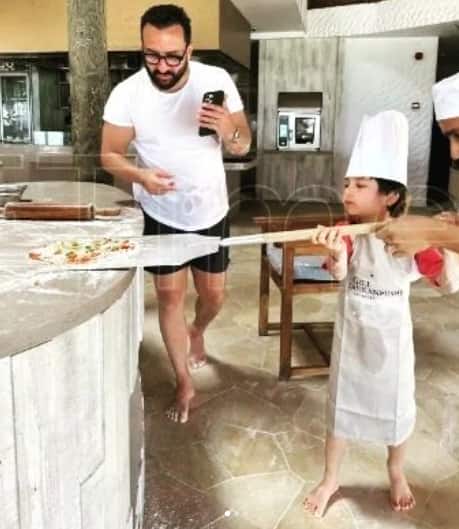 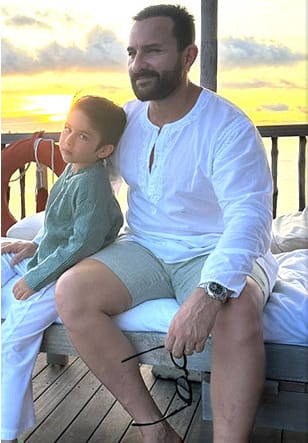 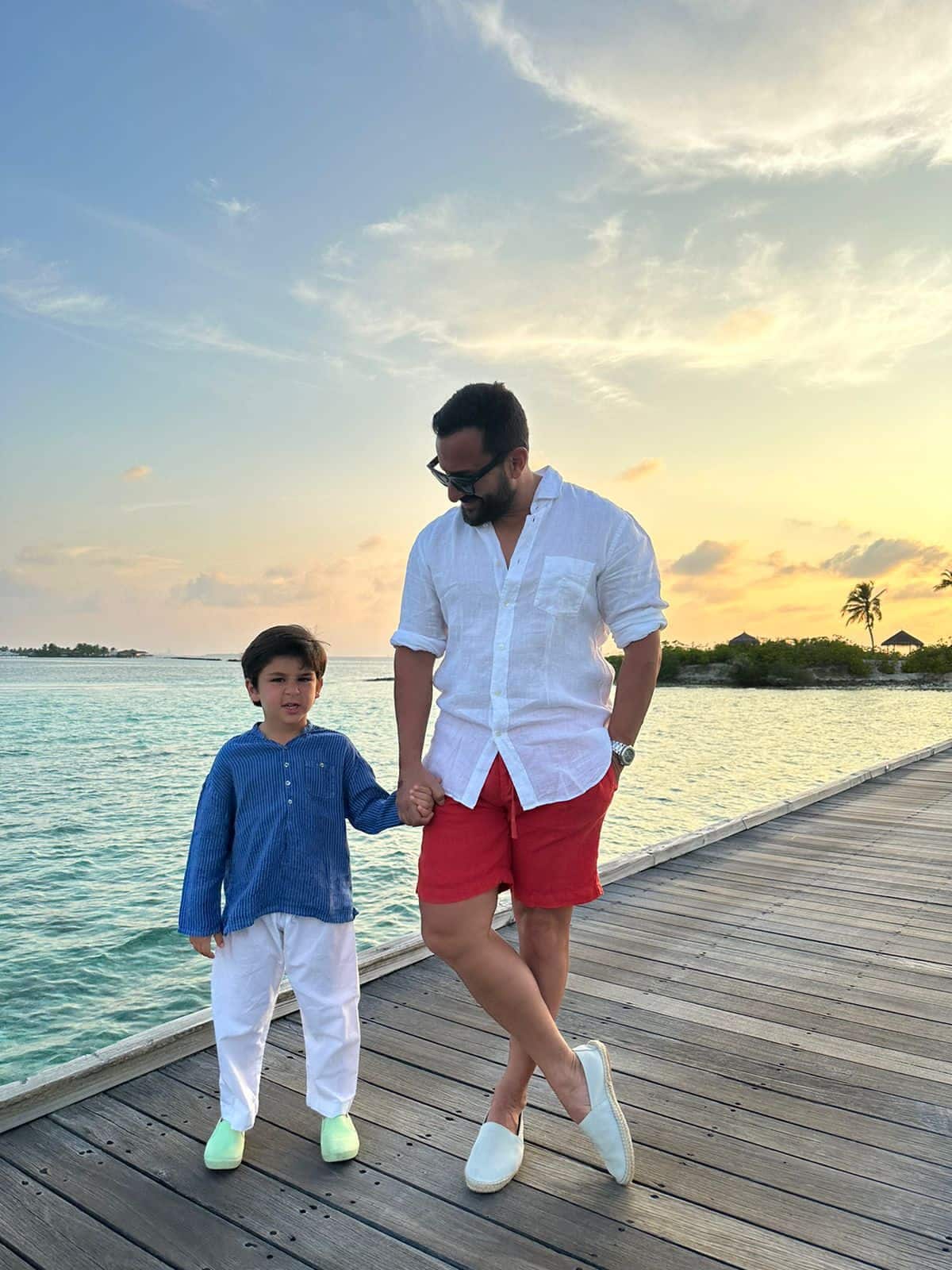 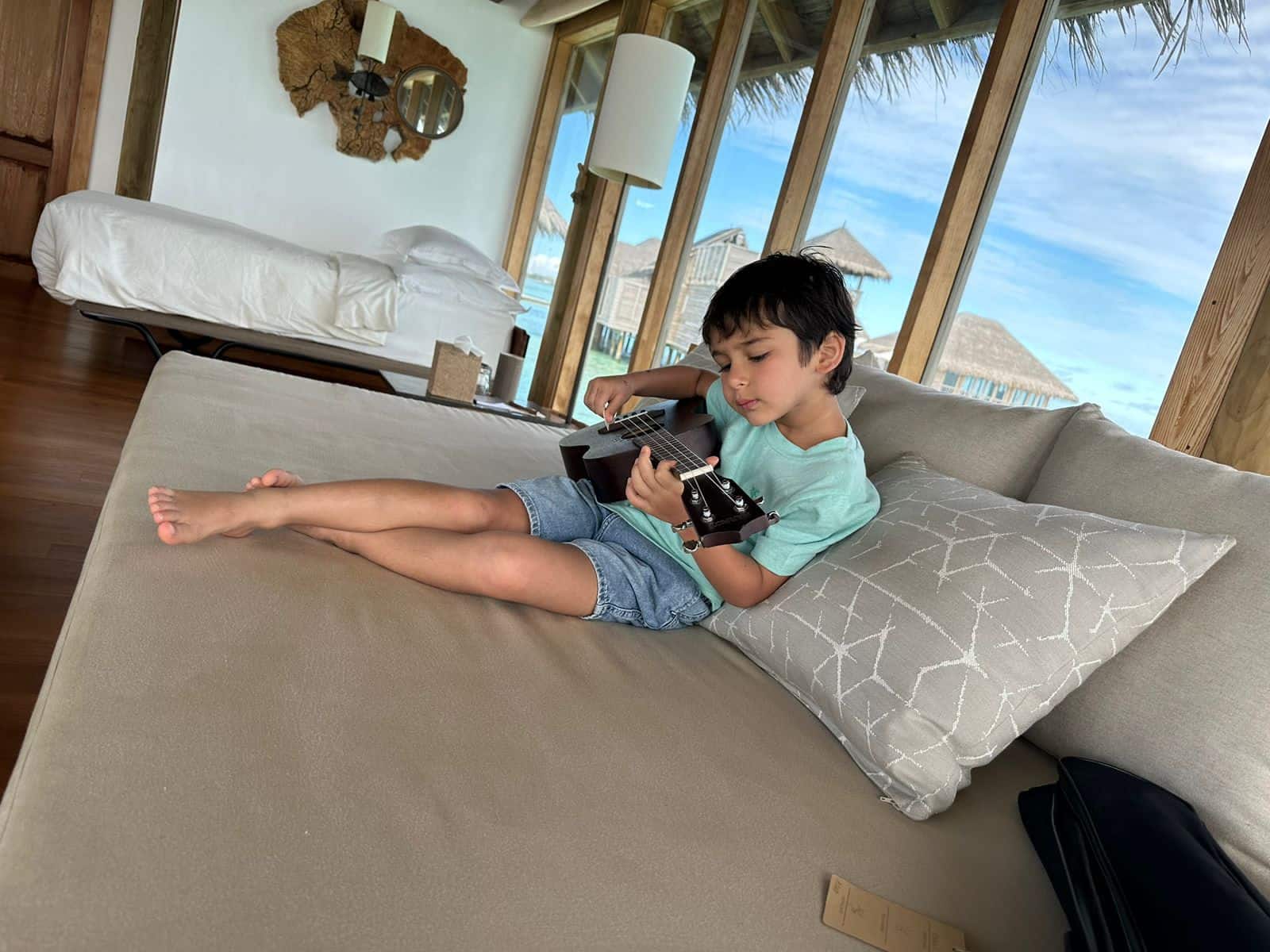 Kareena and Saif tied the knot in October of the year 2012. They have two kids named Taimur and Jeh. The couple was blessed with Taimur in 2016 and later in 2021 they became parents to Jeh.

Meanwhile on the work front, Saif was last seen in the film 'Vikram Vedha'. It also starred Hrithik Roshan in the lead role. The film was a Hindi remake of the 2017 hit film of the same name. He will be next seen in the Prabhas starrer 'Adipurush' which also stars Kriti Sanon in a pivotal role. The film is slated for release in the January of 2023.