Dipika Chikhlia played Sita in Ramanand Sagar's epic show Ramayan. During covid lockdown, various others were re-telecasted during the time period and brought back so many memories.

New Delhi: Ramanand Sagar's Ramayan from the 80s-90s holds great respect and love in viewers' hearts. More so, after Ramayan and BR Chopra's Mahabharat saw a re-telecast on Doordarshan during the covid-induced lockdown. With the epic show, its lead characters also became household names and got the same love and adoration that the series demanded. Dipika Chikhlia, who played Sita in Ramayan is now an avid social media user and connects with her fans online.

Ramayan's Sita aka Dipika Chikhlia recently shared an Instagram reel of her glam transformation which left many of her fans in awe of her. While fans loved it, some haters did try to troll her. Dipika looked stunning in a dark green dress and high heels. Take a look here: 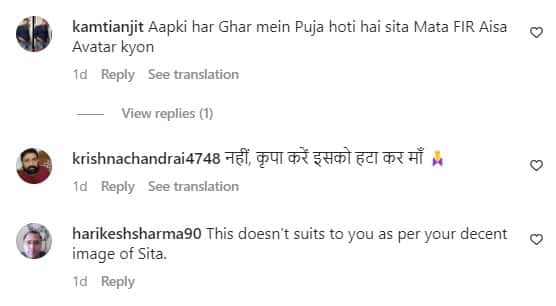 During covid-19 outbreak-induced lockdown, epic shows like Ramayan, Mahabharat, Om Namah Shivai and Vishnu Puran amongst various others were re-telecasted during the time period and brought back so many memories.

Ramanand Sagar's 'Ramayan' created history upon its re-run on Doordarshan (DD), by becoming the most-watched show ever in the world, giving the highest TRP to the channel. The lead actors from all the iconic shows have etched a special place in the hearts of the people.