Nick Jonas and Priyanka Chopra welcomed a baby girl in January via surrogacy. The media reports later revealed that she was born premature and the name on the birth certificate is Malti Marie Chopra Jonas.

New Delhi: Actress Priyanka Chopra decided to take her newborn daughter Malti Marie Chopra Jonas out for a stroll on a bright day with her pals. And guess what? Sharing a glimpse of her baby girl, PeeCee can be seen enjoying the chill time.

In the photo shared by the actress, both mommies seem to be having an amazing time with babies in their laps and posing for the perfect click. Priyanka Chopra wrote: 22 years and counting.. and now with our babies..love you @tam2cul #bestfriends #Godson #friendslikefamily

Priyanka’s fans took to the comments section and shared their views. 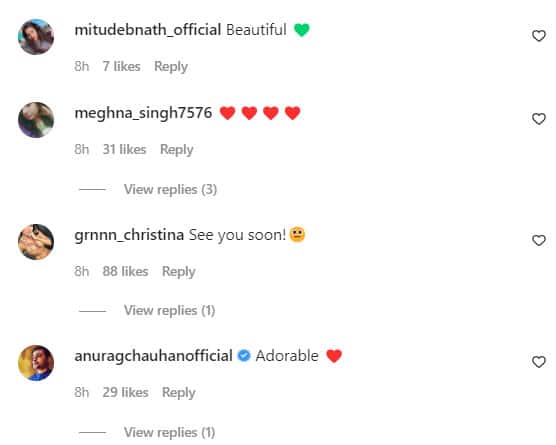 Nick and Priyanka welcomed a baby girl in January via surrogacy. The media reports later revealed that she was born premature and the name on the birth certificate is Malti Marie Chopra Jonas - a tribute to Priyanka and Nick's mother. PeeCee also seemed to confirm this news as she referred to her little girl as ‘MM’ in her long post.

After her trip to Paris for brand promotion with fellow actor Anne Hathaway and BLACKPINK singer Lisa, Priyanka Chopra is back on the sets of her debut web series ‘Citadel’ which is produced by the Russo Brothers and will hit the OTT platform Amazon Prime Video. She also has Ending Things and It's All Coming Back To Me in the pipeline. For Bollywood calling, PeeCee has Jee Le Zaraa co-starring Katrina Kaif and Alia Bhatt.