Priyanka Chopra trolled: The global star rocked her blood-red cut-out risque dress while Nick Jonas pulled off a dapper look. The couple celebrated her birthday in Mexico this year.

New Delhi: Global icon Priyanka Chopra and international sensation husband Nick Jonas recently ushered in her birthday together and partied with friends. The pictures were shared online and needless to say that it went viral within a few minutes. Recently, Nick posted another unseen picture of the duo looking blazing hot.

Priyanka Chopra rocked her blood-red cut-out risque dress while Nick pulled off a dapper look. The couple celebrated her birthday in Mexico this year. However, Priyanka got brutally trolled for her legs. One user wrote: Nick legs look more hot than Priyanka's while another one wrote: Legs isi ki h ya edit kiya hua h 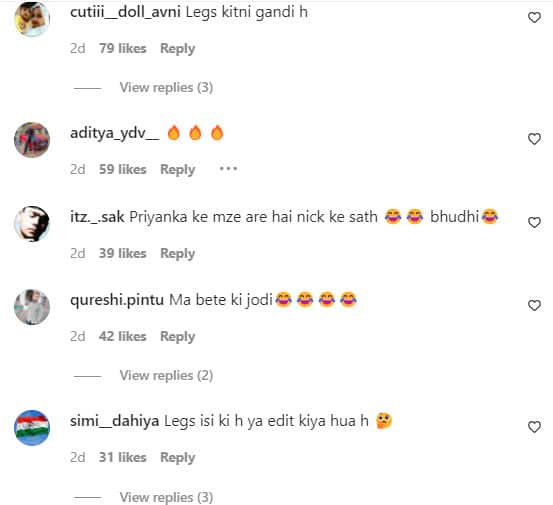 Earlier, PeeCee had shared her birthday photos with a caption reading: Just a girl and her birthday squad! So grateful and thankful to be surrounded by so much love and to be able to spend time with my nearest and dearest. (Even though a lot of them flew in from very far).

The most incredible celebrations, planned and executed to perfection by my @nickjonas. Words are not enough to thank you for the most memorable birthday… you really know how to love baby. I’m a lucky girl

I'm so touched by all the birthday love I've received this year.The lovely DMs, surprises, calls, texts, and big hugs made the day even brighter and made me feel truly special. Thank you everyone who reached out, it means the world. Here’s to the beginning of the rest of my life. Grateful and blessed!

On the work front, Priyanka will be seen in international projects such as It's All Coming Back To Me, and the series Citadel to be produced by Russo Brothers. Citadel will hit the OTT on Prime Video. The upcoming sci-fi drama series is being directed by Patrick Morgan and stars Richard Madden alongside Priyanka.

In Bollywood, she will be starring with Alia Bhatt and Katrina Kaif in Farhan Akhtar's Jee Le Zaraa.