She took to her Insta story, a picture of herself with her daughter Malti with an unseen picture with her late father, Dr Ashok Chopra, on Daughter's Day.

New Delhi: Global star Priyanka Chopra rules over millions of hearts. She often drops sizzling pictures and romantic videos of herself with hubby and singer Nick Jonas. The couple welcomed a daughter recently and ever since the internet has been waiting for even a glimpse of Malti, their daughter. Well, finally PeeCee has shared an adorable picture with her angel and fans are in love.

She took to her Insta story, a picture of herself with her daughter Malti with an unseen picture with her late father, Dr Ashok Chopra, on Daughter's Day. 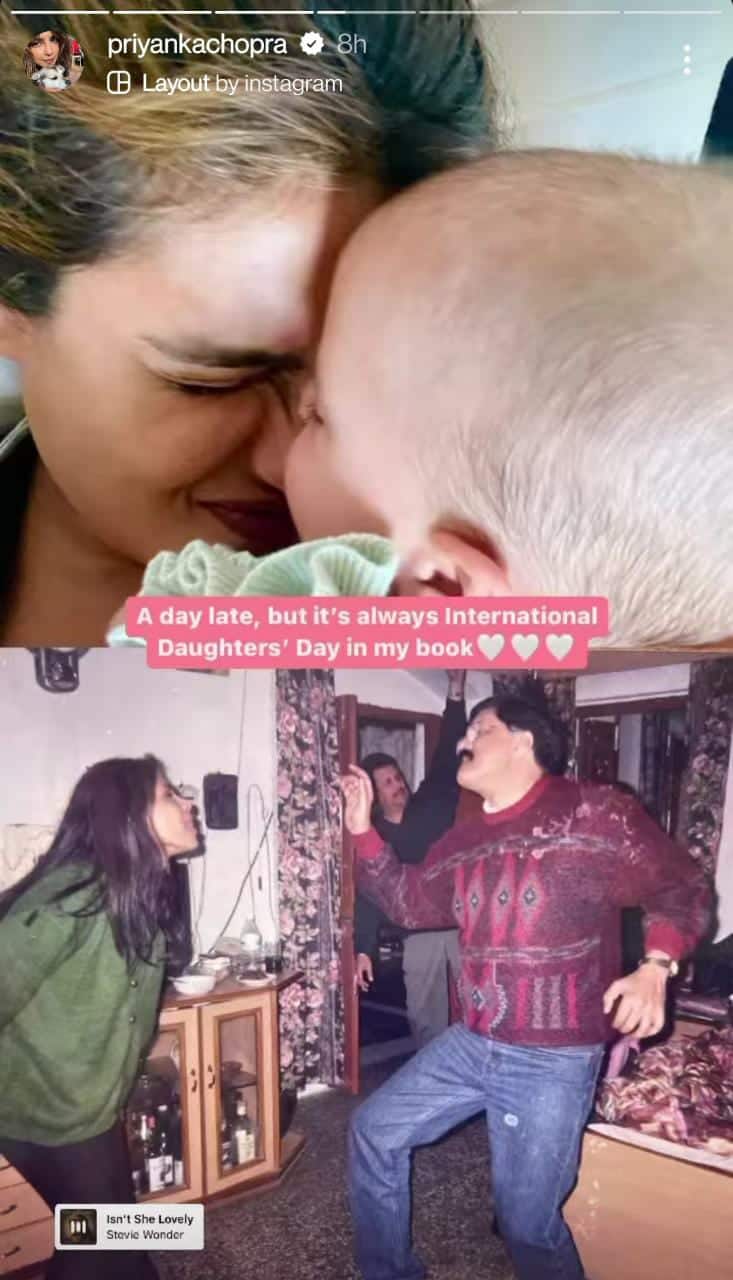 Sharing the pictures, Priyanka wrote, 'A day late but it’s International Daughter's Day in my book.' She also added the song 'Isn't She Lovely' by Stevie Wonder in the story.

Priyanka and Nick welcomed Malti earlier this year via surrogacy. The couple surprised fans in January by revealing that they've welcomed a baby girl.

On the professional front, Priyanka has many projects in her pipeline. She is currently working on the Hollywood film 'Ending Things' along with Anthony Mackie. She will also be seen in 'It's All Coming Back.'