As the nation celebrates 10-day long Ganesh Chaturthi festival, the Bollywood biggies are also celebrating the festival with great pomp and show.

On the special occasion, Neetu Kapoor shared a throwback picture of her beloved husband and late legendary actor Rishi Kapoor. She missed the actor as this is the first time when Rishi wasn’t by her side as every year, he used to celebrate the festival with great enthusiasm.

She shared the picture of late actor in her Instagram story and wrote, “Celebrating in heaven.” 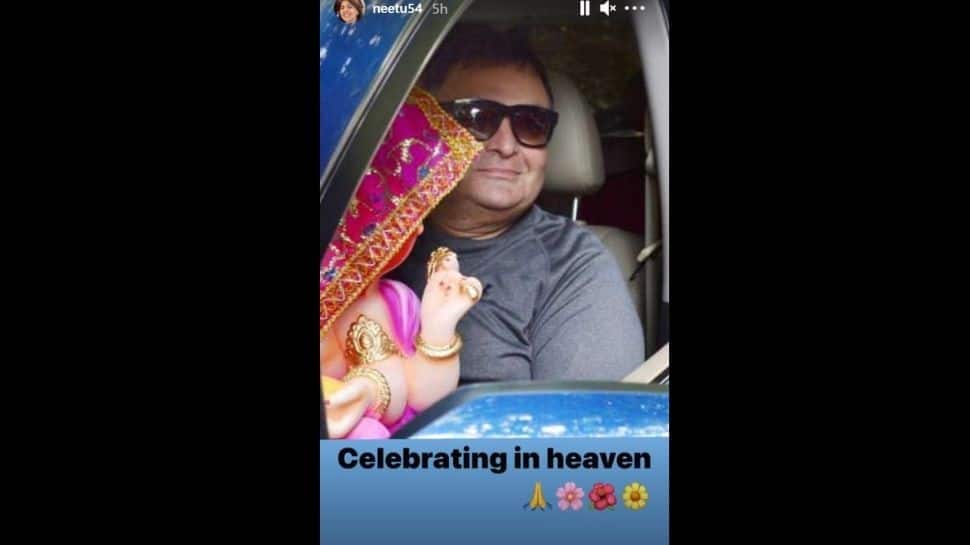 In the picture, Rishi can be seen bring Ganpati Bappa home in a car and is all smiles while posing for the camera.

For the unversed, it’s been a year since Rishi left us for the heavenly abode in 2020. The sad demise of Kapoor senior sent shockwaves across the nation including his family, fans, and well-wishers.

The 'Bobby' actor battled Leukaemia (blood cancer) for two years before breathing his last at HN Reliance hospital in Mumbai on April 30.

The actor par excellence underwent treatment for it in New York for a year.

He is survived by his wife and actress Neetu Kapoor, children Riddhima Kapoor Sahni, and actor Ranbir Kapoor. During his tough times, Neetu stood like a rock behind him. The two shared a great bond and gave perfect couple goals.