Alia Bhatt is currently in London where she is shooting for her upcoming project ' 'Heart of Stone', also starring Hollywood star Gal Gadot.

NEW DELHI: Actress Alia Bhatt, who has been trending in the news ever since she announced her pregnancy on social media, is currently in London where she is shooting for her first Hollywood project 'Heart of Stone'. The actress stars alongside 'Wonder Woman' star Gal Gadot in the Netflix film.

On Tuesday, the 29-year-old took a break from her tight schedule and caught up with her close pals from the tinsle town - Karan Johar and Manish Malhotra. It is to be noted that Karan Johar has been holidaying in the UK with his twins - Roohi and Yash, and mom Hiroo Johar. The filmmaker was photographer a few days back at the Mumbai airport as he was all set to jet off to London.

Manish, who loves to drop photos and videos of his get-together with friends, took to Intagram and shared a picture from their meeting. Alia was seen wearing a white shirt with a pair of cool shades whereas Karan looked dapper in a comfy sweatshirt and stylish sunglasses. Manish was seen in a printed black and white zipper. "Taking in the London Sun," the caption read. 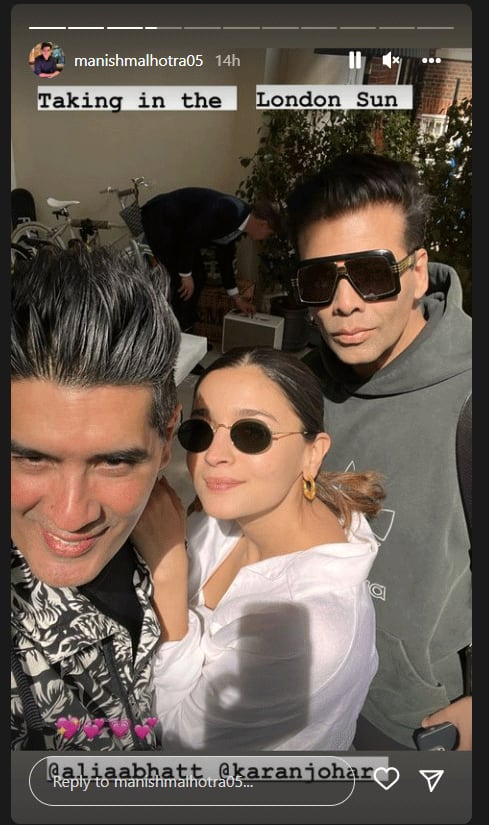 Just an hour later, he shared a picture with Kareena Kapoor, in which he was seen wearing the same outfit as his pictures with Alia and Karan. He captioned it, "With my favourite @kareenakapoorkhan." 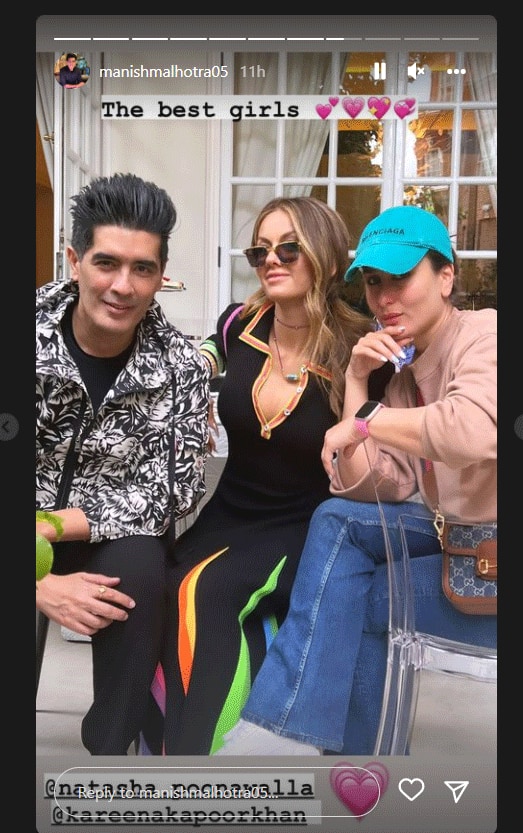 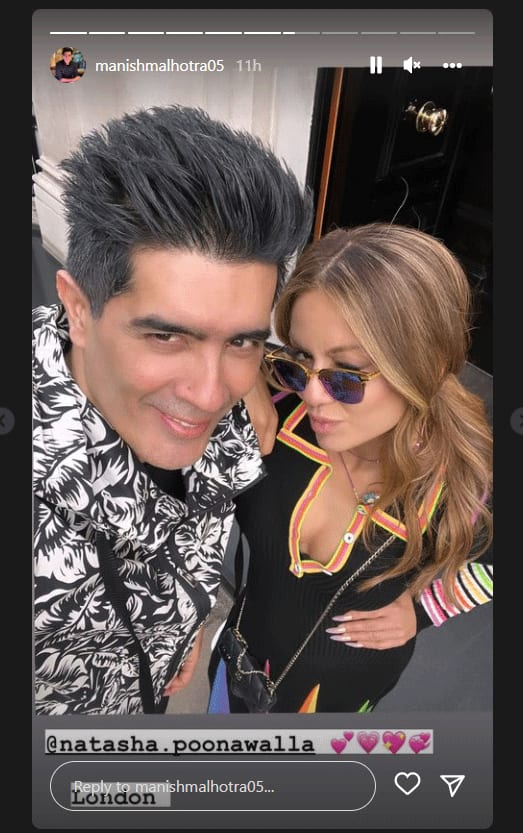 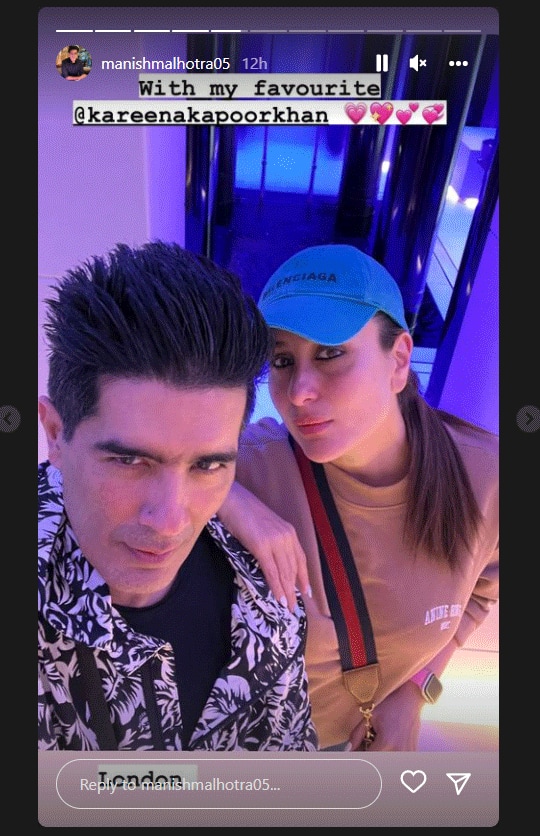 Kareena Kapoor Khan is also holidaying in London with her husband Saif Ali Khan and their sons - Taimur Ali Khan and Jehangir Ali Khan. She was seen in a stylish hoodie and a cap. Manish shared another picture with Kareena in which their close friend and philanthropist Natasha Poonawalla was also present. He captioned it, "The best girls."

Pictures of Alia's outing with KJo and Manish Malhotra came at a time when she angrily reacted to some media reports that stated that her husband and actor Ranbir Kapoor would be coming to London to bring her back home. She wrote on Instagram Stories, "Meanwhile we still live in some people's heads. We still live in a patriarchal world. FYI, nothing has gotten delayed. No one needs to pick anyone up. I am a woman, not a parcel. I do not need to rest at all but good to know you'll have a doctor's certification as well. This is 2022. Can we please get out of this archaic way of thinking? Now if you would excuse me. My shot is ready."

On the work front, Alia will next be seen in 'Brahmastra: Part One Shiva', alongside Ranbir, Karan Johar's directorial venture 'Rocky Aur Rani Ki Prem Kahani' and "Darlings', which marks her debut as a producer.