Actor Hrithik Roshan was recently spotted with her ladylove Saba Azad outside a restaurant in Bandra.

NEW DELHI: Bollywood actor Hrithik Roshan, who recently finished the outdoor shooting schedule of his upcoming action-drama 'Fighter', was captured in Mumbai along with his ladylove Saba Azad. The rumoured lovebirds were spotted walking hand-in-hand as they stepped out for a lunch date.

Both Hrithik and Saba were casually dressed and kept it comfy. Hrithik was seen in a sweatshirt and white trousers while Saba donned a blue tube top and grey joggers. The couple looked cute as ever as they walked past the cameras. While they were stepping out, Hrithik's security staff pushed away a fan who tried to take a selfie with the actor. 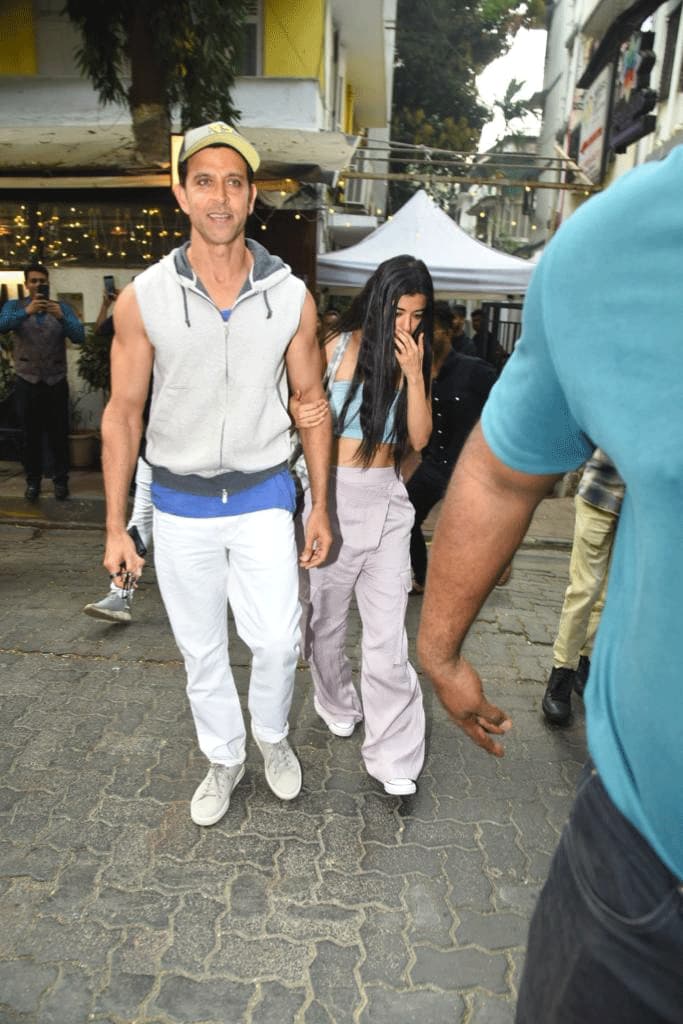 Recently, it was reported that Hrithik and Saba were all set to take their relationship to next level and move in together into an apartment. However, the actor later quashed the reports that the news was untrue.

Both Hrithik and Saba are currently focussing on their respective professional commitments. On the work front, Hrithik will be seen sharing the screen space with Deepika Padukone in 'Fighter'. The film is slated to release in January 2024. On the other hand, Saba has 'Rocket Boys 2' in the pipeline.