On Tuesday, Kriti took to Instagram stories and shared a big heart emoticon accompanied by their song Darasal from Raabta. Kriti Sanon and Sushant Singh Rajput shared screens in their 2017 film Raabta. There were dating rumours about the duo during the making of their film Raabta. 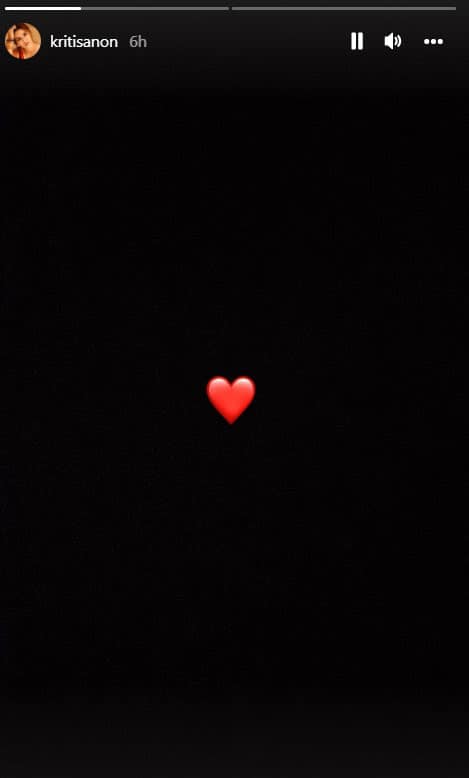 Apart from Kriti, other celebrities from the industry like Preity Zinta, Rhea Chakraborty, Abhishek Kapoor, Sara Ali Khan, and Bhumi Pednekar also remembered Sushant on his second death anniversary, as they dedicated special posts to Sushant on their social media handles. Bollywood star Bhumi Pednekar shared a glimpse of Sushant from the sets of their 2019 film Sonchiriya and wrote, "Forever SSR".

Kedarnath director Abhishek Kapoor shared a throwback picture of himself with his brother Sushant Singh Rajput, "2 years today brother, always in our hearts #sushantsinghrajput 21/1/86 - 14/6/20 #gonetoosoon #superstar" he wrote in the caption. Bollywood diva Preity Zinta shared a happy picture of herself with Sushant during an IPL match.

She captioned the picture, "Hope you are at peace wherever you are #Gonetoosoon". The actor passed away in 2020 at his Bandra residence which created a lot of controversies. The CBI was brought to investigate the actor's death from various angles. Post demise, his Patna residence was turned into his memorial with the late actor's telescope, books, guitar and other personal things.

Sushant Singh Rajput made his Bollywood debut with Kai Po Che and was known for his kind gesture, and always treated his fans with utmost pleasure, he gathered a lot of popularity after his biggest success MS Dhoni - The Untold Story. His last big-screen appearance was `Chhichhore` which was released in 2019 and was a blockbuster hit.

The actor was last seen in director Mukesh Chhabra's Dil Bechara opposite Sanjana Sanghi which was the official remake of the novel The fault in our stars the film went for an OTT release.