Actor was last seen in one of the biggest hits of the year 'Bhool Bhulaiyaa 2'.

New Delhi: Bollywood actor Kartik Aaryan has had a very fascinating journey in the industry and now, after some time, he has found its audience. The actor, who was last seen in the superhit movie 'Bhool Bhulaiyaa 2' has been receiving praise from the critics and fans all round, and that also means the reality and surroundings have changed equally for the actor, but that doesn't mean he doesn't want to achieve more.

In fact, the actor now has much bigger dreams and goals to achieve, but he will always be connected with ordinary citizens and audiences in the country.

In a recent interview given to the website Film Companion, the actor was asked how he maintains the relatability factor with the audience after living a completely different and much more luxurious life as compared to them. To which he said,"I still travel in economy. I travel business, but when the need be, I also travel economy. People begin to stop themselves from doing that, I do not. I have dreams, I had a dream car and wanted a Lamborghini and I got it. I wanted to become an actor and that got fulfilled. And the dreams are getting bigger. Private jet bhi ana chahiye"

He later added that one thing which will not change no matter what is his core and which has more in common with ordinary people than others.

The actor who was being interviewed by film critic Anupama Chopra also shared some pictures from event and he captioned it,

Here are some pictures from the interview: 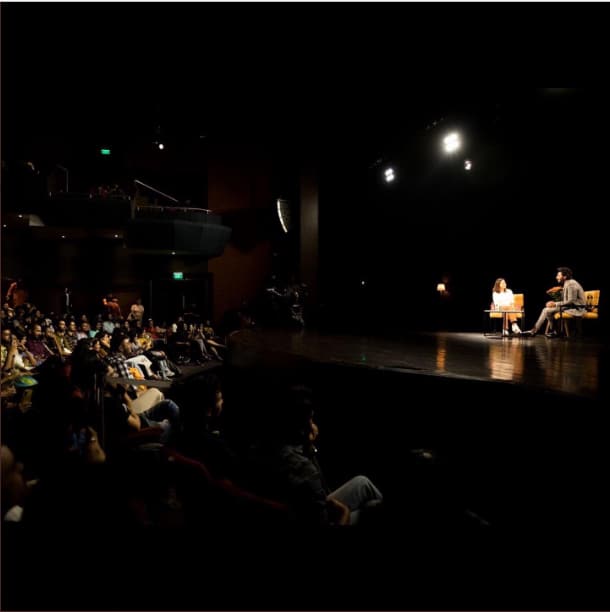 On the work front, the actor, after a short break, has again resumed shooting and has a number of interesting projects at hand, which include names such as 'Freddy', a thriller which is being helmed by director Shashanka Ghosh, 'Satyaprem Ki Katha', a drama romance which will reunite him with his 'Bhool Bhulaiyaa' co-star Kiara Advani; and 'Shehzada', an action comedy which is being helmed by hit filmmaker Rohit Dhawan.