B-Town Gen-X assembled in Mumbai on Saturday night and had a blast at Orhan Awatramani's Halloween bash. Sara Ali Khan, Aryan Khan, Janhvi Kapoor, Ananya Panday were among those seen at the party.

NEW DELHI: Actress Janhvi Kapoor got decked up in her festive best as she attended almost all the Diwali bashes held in Mumbai. The actress made it to the list of one of the best dressed celebs as she showed her glamorous side. Now days later, she turned up for the Halloween bash hosted by her friend and rumoured boyfriend Orhan Awatramani aka Orry in Mumbai on Saturday (October 29) night.

Janhvi Kapoor attended the bash in an off-shoulder solid black dress which she teamed with high heels, She donned dark lips for the outing and flaunted her beautiful blow-dried tresses. Her gal pals including Ananya Panday, Sara Ali Khan, Navya Naveli and Shanaya Kapoor were also at the party, dressed up in some or the other character.

As soon as Janhvi arrived at the venue, she was received by Orry and the two walked together inside. Orhan was seen copying Saif Ali Khan's 'Go Goa Gone' look as he donned a white tee with blue denim and a black waistcoat. He also completed his Halloween look with a fake gun and a chopped hand. 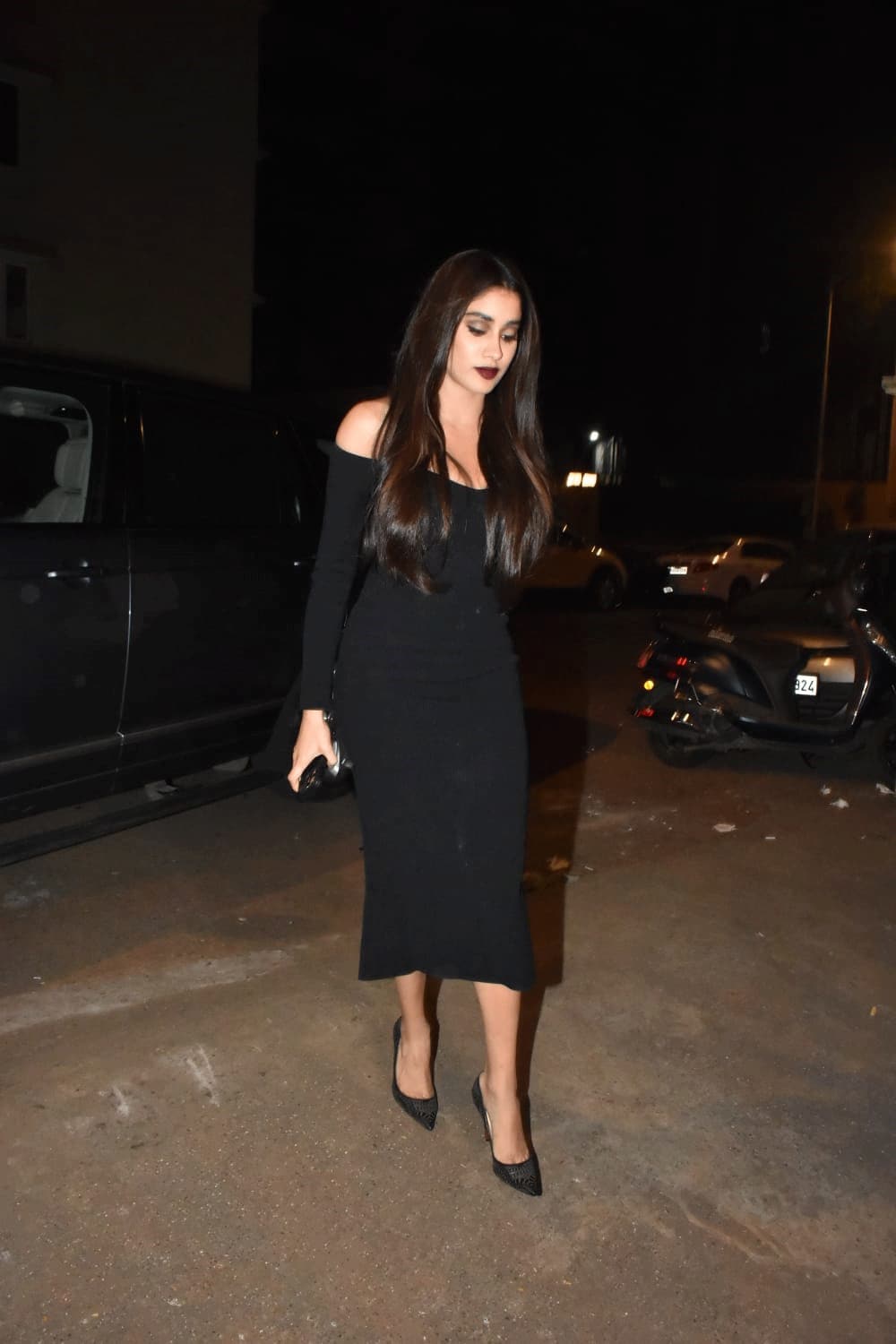 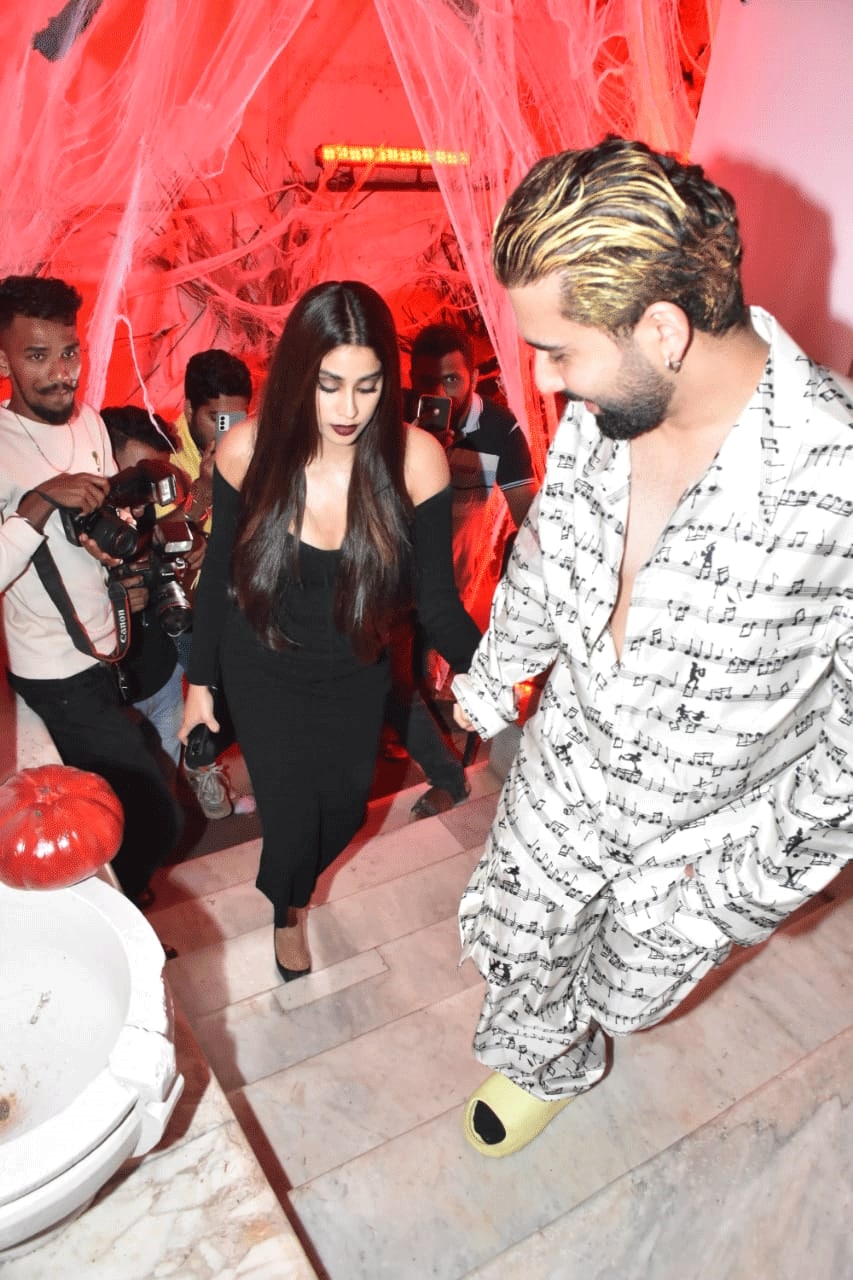 Janhvi Kapoor is currently busy with the promotions of her upcoming film Mili, which is set to hit theatres on November 4. She also has 'Jana Gana Mana' with Vijay Deverakonda and 'Bhediya' with Varun Dhawan.

Sara Ali Khan arrived for the party in a studded corset top and black mini skirt. 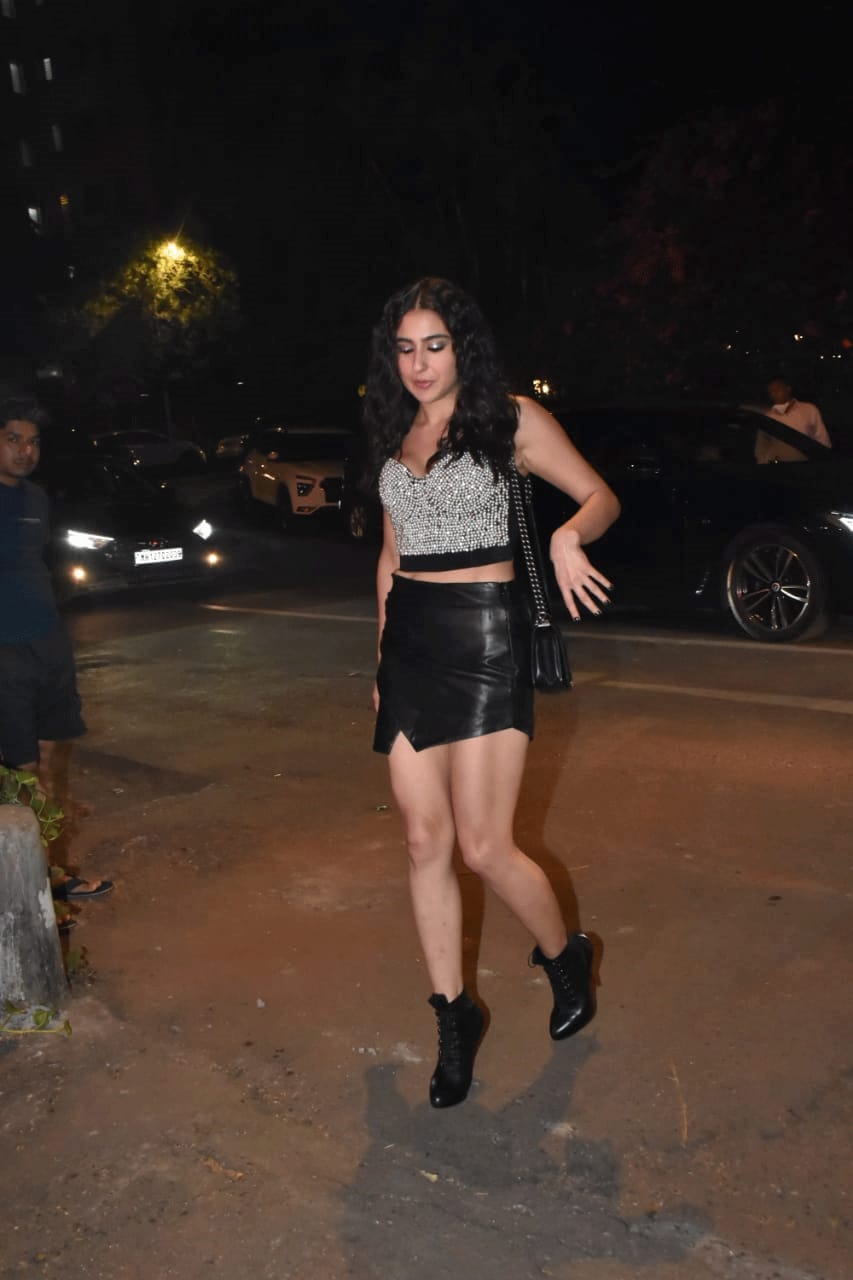 Sara's brother Ibrahim Ali Khan, who is currently working as an assitant director to filmmaker Karan Johar in his next directorial 'Rocky Aur Rani ki Prem Kahani', was also seen making it to the bash. He was seen sporting messy beard with a mask on.

Shah Rukh Khan and Gauri Khan's eldest son Aryan Khan, who was recently seen partying with Orry at a Diwali party, was also seen at his Halloween bash. He donned a distressed tee and a pair of denim which he completed with a silver jacket and a cross-chain He was seen sporting kohl-rimmed eyes and a blood splash on him.

Arbaaz Khan's girlfriend Giorgia Andriani also made it to the event in a glamorous look. She arrived at the party venue in a racy black outfit with silver chains hanging from it. Her strapless corset top with black stockings and boots added oomph to her look. 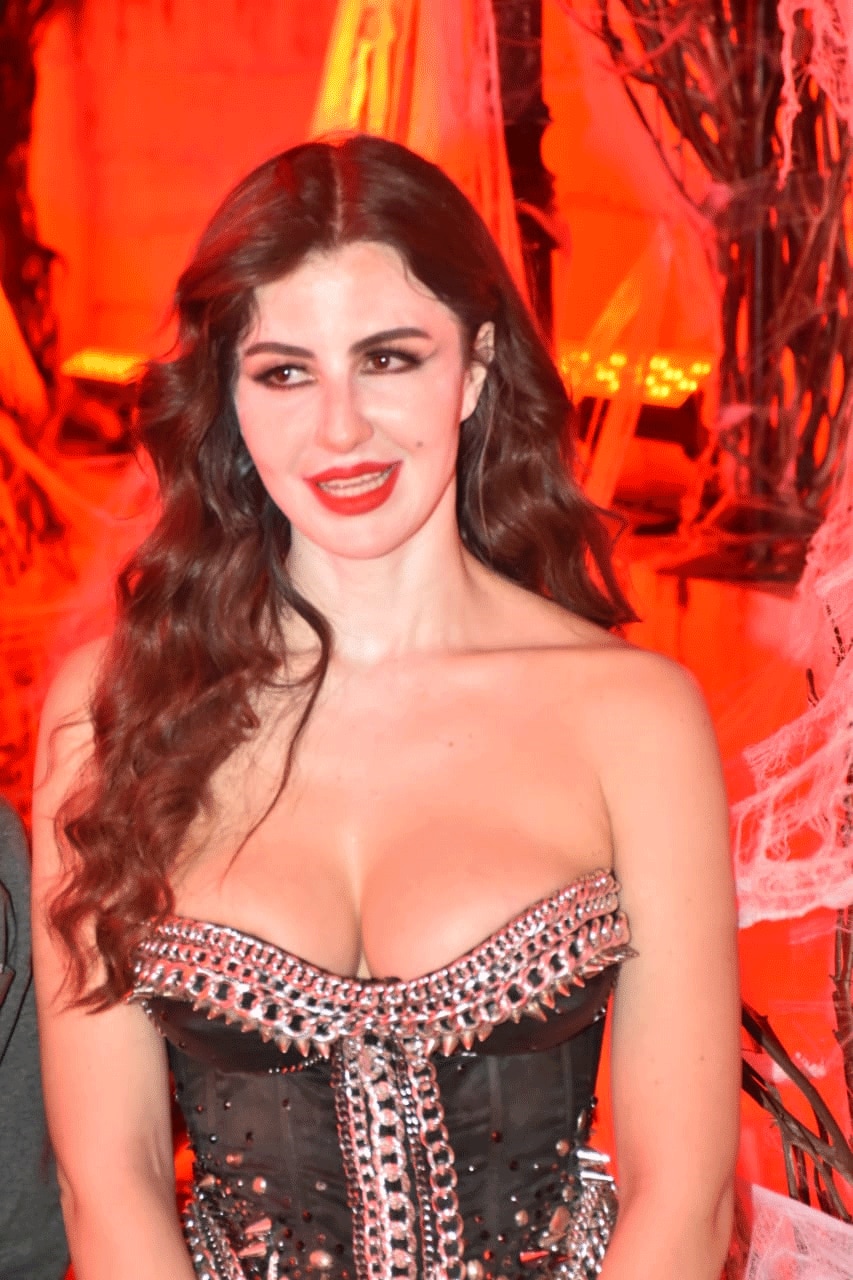 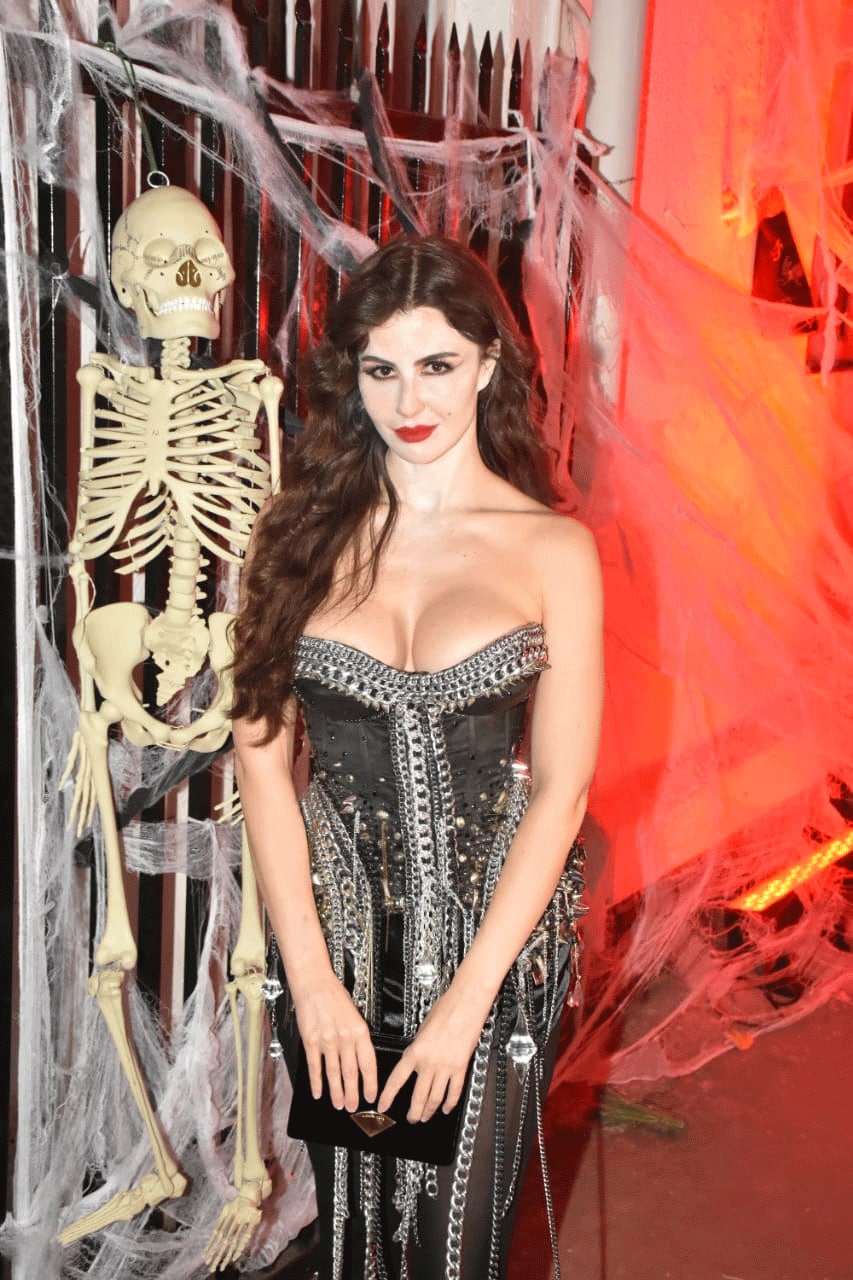 Among others who were seen at the bash were Shanaya Kapoor, Ahan Shetty and his girlfriend Tania Shroff, Ananya Panday and Navya Naveli Nanda.