Bangla Sahib Gurudwara visit: Nushrratt Bharuccha was seen looking gorgeous in a bright red saree with golden borders as she posed for the camera after offering her prayers.

New Delhi: Ahead of the release of their film 'Janhit Mein Jaari', actors Nushrratt Bharuccha and Anud Singh Dhaka visited Gurudwara Bangla Sahib in the national capital on Friday.

Nushrratt was seen looking gorgeous in a bright red saree with golden borders as she posed for the camera after offering her prayers. 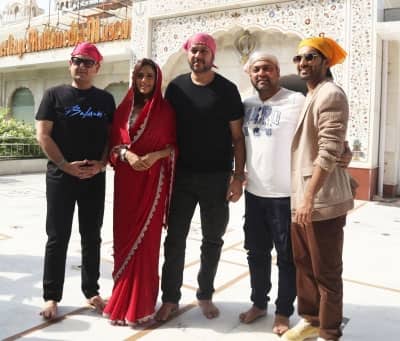 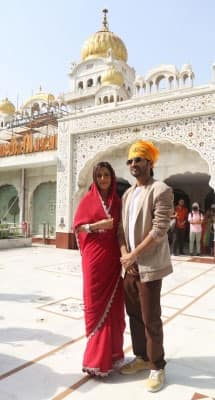 Anud looked dapper in a beige blazer paired with a white T-shirt and brown pants as he accompanied the actress at the gurudwara.

Directed by Jai Basantu Singh, 'Janhit Mein Jaari' encompasses the journey of a young girl who sells condoms for a living, despite societal resistance, and decides to teach her family, in-laws and society at large an important lesson. The film promises to tickle funny bones and open the mind to a new way of thinking.

The film, a Zee Studios release, will debut in theatres on June 10.