​​Going by Ishita Dutta's recent photos, netizens thought that she has a baby bump.

New Delhi: No, actress Ishita Dutta is not expecting. Her recent photos led to speculations that she might be pregnant. A user also commented to ask, "Are you expecting?" But now, Ishita and her actor husband Vatshal Sheth have confirmed that she isn't pregnant.

Meanwhile, of her pregnancy rumours, Ishita told SpotboyE, "I am getting so many calls after these speculations, I can't even tell. My relatives are calling me to congratulate and telling me 'bataya bhi nahi'. But honestly, I am not pregnant. The bump has come by me eating all the mithais. I think it's time to workout as people think that I am pregnant. Now, the gyms have opened, so all those who are speculating will see me back in shape in a month's time."

On her Instagram stories, Ishita also said that she is going on a diet. 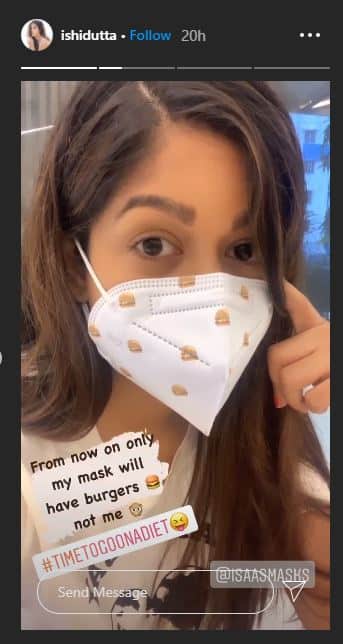 Ishita Dutta and Vatsal Sheth married in 2017. She is best know for her role as Ajay Devgn's daughter in 'Drishyam'. Ishita was last seen in the TV show 'Bepanah Pyaar'.