New Delhi: The stage is set for International Indian Film Academy Awards (IIFA 2022) and the stars have already landed at Abu Dhabi - the dream destination which is the host country this year. Like many previous years, superstar Salman Khan-led pack of stars including Farah Khan, Riteish Deshmukh, Shahid Kapoor, Ananya Panday and Tiger Shroff - all are excited for the big Bollywood night.

A video has gone viral on social media featuring Salman and popular singer-rapper Yo Yo Honey Singh. Looking at the video, many have speculated that Bhaijaan gave a royal snub to the singing sensation and organisers didn't let the two make an appearance together. It is clearly visible that Salman walked through first while Honey Singh was asked to wait. Watch it and check fan comments below: 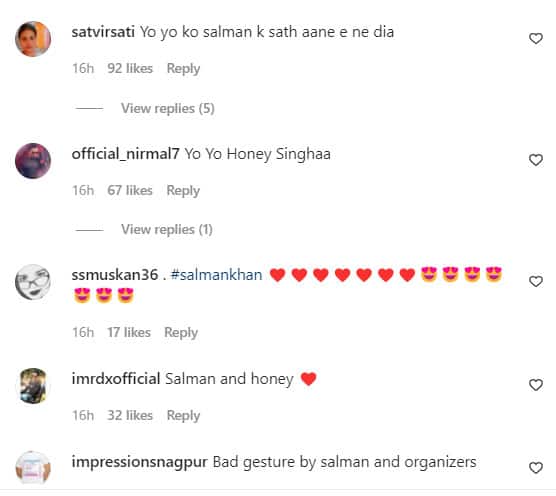 The IIFA 2022 will open at Yas Island, Abu Dhabi's leisure and entertainment destination, on June 3, 2022, with the IIFA Rocks concert hosted by Farah Khan Kunder and Aparshakti Khurana.

IANS quoted Salman saying at the event, "I am sure fans from all over the world are as excited as us and can't wait for this mega event that celebrates Indian cinema globally."